A look at father’s role, responsibilities

Father’s Day is marked globally every third Sunday of June in honour of fatherhood. It is seen as a complement to Mother’s Day which is observed on the second Sunday of May in the United States of America, and in other countries, including Ghana, with others observing it on other days in the year.

In Ghana, its been realised that unlike Mother’s Day which is associated with huge celebrations for mothers, Father’s Day is not that popular and does not receive extensive merry making, due to various reasons and perceptions by some individuals who accuse some fathers for not living up to their responsibility.

To mark this year’s event on Sunday, the Daily Graphic interviewed some fathers for their views on fatherhood and the responsibilities of fathers.

A marriage counsellor and lecturer, Mr Ogochukwu Nweke, who argued that there was no doubt that there were some irresponsible fathers because of the way they performed their roles, said society should be blamed for the problem.

He explained that in the typical African setting, a girl was given proper home grooming skills through the performance of chores and domestic activities (which translates into informal education), while the boys are left on their own, and that tended to affect them when they grew up, with the woman knowing how to keep a home better than the man. 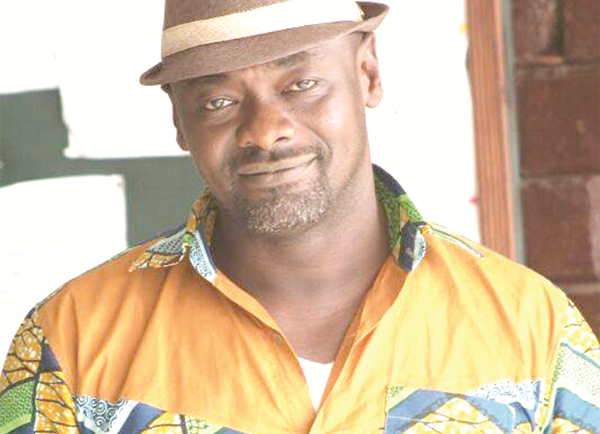 “We have irresponsible fathers but it is as result of the sons that we raised some years back and so if we want a change, we should raise our sons properly,” he stated.

Explaining the role of a father, Mr Nweke said a father was an agent of procreation, adding that fatherhood begun when the child was conceived and it continued until the child was given the needed protection, security and other needs and not just putting food on the table.

Unfortunately, he said, the roles of fathers were not properly understood, and that they were not allowed to be what they had to be.

For his part, Mr Kofi Adjei Larbi, a Public Relation Manager, said, “I think some fathers do not just understand their roles and their implication on the growth of their children because denying their responsibilities tend to have serious implications on the child’s growth”.

For Mr Larbi, who is a single father, fathers need to seek God’s guidance in their quest to play their roles responsibly.

“As a father you have to rely on God, He ordained marriage and He gave a manual for us to follow and for that matter, all other things are the offspring of marriage. So if you obey God as regard parenting, you will definitely succeed,” he stated.

He added that parenting was a shared responsibility and it followed from how God instituted marriage between a man and a woman. Nonetheless, he said the existence of irresponsible fathers was inevitable, adding that “it saddens my heart when men ignore their responsibilities of fatherhood”.

By continually advertising and consciously drawing up programmes to celebrate Father’s Day, he said the day would gradually become popular.

A child rights activist, Mr James Kofi Annan, said there were a lot of negative perceptions about fathers, adding that it was as a result of the many years of irresponsible neglect of children by some fathers, and the burden they solely imposed on the mothers.

When a father is irresponsible, Mr Annan said it prevented the child from bonding with him, while creating child poverty, if the mother was not earning enough income.

He added that more than 90 per cent of all children in child labour were neglected by their fathers, which meant that fatherly neglect promoted child labour.

He stressed that some fathers were responsible, “but because most of them show care through the mothers, the children feel it is always the mothers who are caring for them, so they always see their fathers as irresponsible”.

According to Mr Alexander Yaw Danso, the President of the National Council of PTAs, the Bible made it clear that men were the head of families and so their responsibility was to take care of the family, especially their children.

“The father is supposed to provide for them and ensure that they have good upbringing to make them responsible members of the society,” he said.

He said if the father was unable to provide for the needs of the family, care and ensure their proper upbringing then he became irresponsible.

He said whether the father had the means or not, he was obliged to provide for his children and to also support their partners.

Mr Felix Ovulley, a pensioner, said, “God created man and made him the head of the family and he is responsible for the maintenance of the home. He is supposed to take care of the children to a level that they can fully cater for themselves before he washes off his hands.”

He said, however that, it was unfortunate that some fathers neglected their responsibilities but there were some genuine situations that some men did not have the means to support their children.

But in all, he said fathers deserved to be celebrated for their contribution.