Stonebwoy disrespected me by assaulting my Manager - Sarkodie (AUDIO) 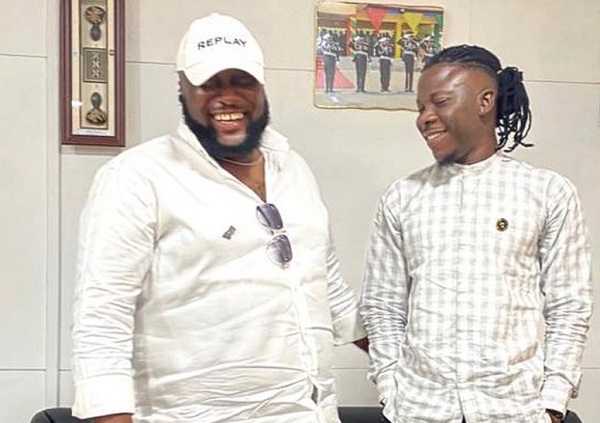 Stonebwoy (right) has made up with Angelo

Sarkodie in an audio message circulating on Twitter said he understands Stonebwoy's frustrations but he should never have attacked Angelo. The rapper also condemned Stonebwoy for the act.

"So, the long and short of the story is that, yes, my brother did him my manager and I am here to confirm and condemn the act and let him know that I am extremely disappointed...," Sarkodie said.

"My brother has every reason to be mad, he could have chosen to insult Angelo or even myself, scream and just move his car and go, and trust me he knows I will even call him and go and apologise. Not because I have to, but I never want bad blood and I think it is unnecessary.

"This time I didn't take that rout because my brother went overboard and I think it is the highest level of disrespect no matter what happened because I have been at his concerts and he has no idea how I get there or what I go through to get on that stage cos I understand the job and I know there is no way Stonebwoy and his management would want to disrespect me intentionally".

Stonebwoy has already apologised for the act which occurred at the recording of Sarkodie’s Black Love Virtual concert.

He stressed that there were no firearms or knives involved in the attack.