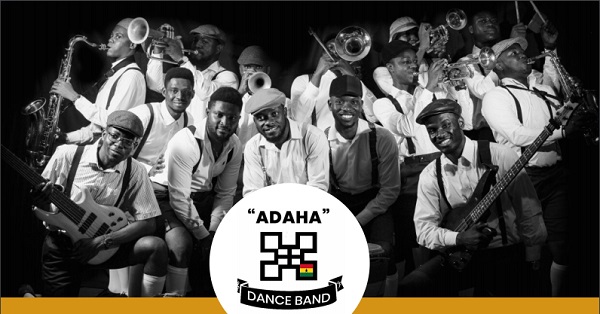 Come Sunday, August 23, Kweku Boateng and the Adaha band, the live dance band group revitalizing dance band highlife music will take to the stage in what promises to be a night to remember. The venue is DoReMi, the multi-genre music platform set up by Ghana’s Music Maestro, Julius Kojo Antwi, and 4:30pm is kick-off time.

Members of the big band have been getting ready with nightly rehearsals for the appointed day, and leader-cum-bandmaster Kweku Boateng tells Graphic Online it will be a special night indeed when dance band highlife (not guitar band highlife, he insists), comes alive.

Kojo Antwi (Mr. Music Man) says he fully endorses their noble cause and believes in them. “You should see them play. Young musicians doing their best to sustain dance band highlife music. Their act is something that we should all see. I’ve seen them and they are a joy to see”, he confided in Graphic Online.

With their performance inspired by legends such as King Bruce of the Black Beats fame, E. T. Mensah and the Tempos, Jerry Hanson and the Ramblers, Bobby Benson Band, and the Broadway Dance Band, the group is promising fans and patrons a great treat come Sunday.

The ensemble features two drummers (jazz and traditional), four trumpeters, an alto saxophonist, a turner saxophonist, a flugelhorn player, a trombonist, a guitarist, a bass guitarist, a pianist, and three vocalists - all of whom are currently graduates and undergraduates of the University of Ghana, School of performing arts.

Formed some two-and-half years ago, (February 2018), and debuting at "The Pampanaa concert" on the 4th of April, 2018, playing along with the Ghana Police Central Band and the Accra-West District Band, Adaha has been performing regularly on ceremonial dates and at hotels, conferences and restaurants.