Qatar World Cup opening: An enthralling launch party it was 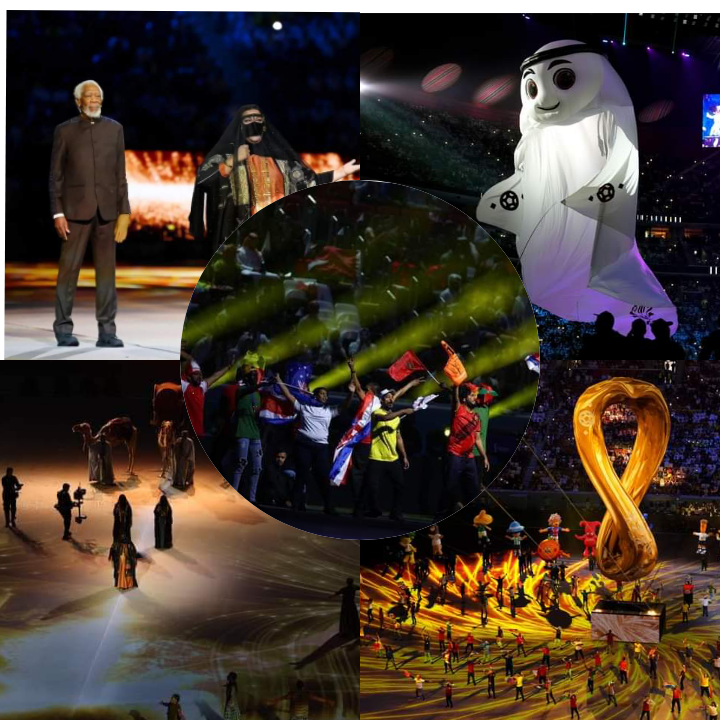 Qatar may have made history as the first country to lose the opening game of a FIFA World Cup competition as the host country but the disappointing outcome is perhaps miles away from the magnificent and enthralling opening the Arabian country offered the world.

The Qatar World Cup kicked off with a spell binding opening ceremony at the Al Bayt Stadium on Sunday evening with patrons witnessing the magnificent visual splendour as performers, including South Korean superstar Jung Kook, danced and sang in the centre of the pitch.

Rhythms On Da Runway was lit

Starting off the party a little too early for the grand stage was Jungkook of K-pop megastars BTS who headlined a musical performance, debuting his new single “Dreamers” alongside Qatari singer Fahad Al-Kubaisi.


Then, when American actor Morgan Freeman unexpectedly appeared on stage, the scene even got livelier with thunderous roars of excitement.

He took the stage alongside Qatari YouTube star Ghanim al-Muftah, who read from the Quran.

Freeman delivered a message of harmony, saying: “What unites us here in this moment is so much greater than what divides us. How can we make it last longer than just today?”

Ghanim Al-Muftah, who is an activist for challenged persons added, “Everyone is welcome”.

The ceremony also featured a large-scale dance performance by the team's dancers, “La'eeb”.

La'eeb is meant to be based on a ghutra headdress, but more than one observer has noted that it looks like the risen spirit of the migrant workers who have died in the course of putting the tournament on.

Other international musicians will perform at the World Cup in Qatar on the mainstage of the Qatar 2022 FIFA Fan Festival as part of the FIFA Sound lineup to give fans new ways to celebrate their shared love of football while taking in the best in music, entertainment, local culture, food, games, and lifestyle in a true festival setting.

The performances are an extension of FIFA Sound, an entertainment strategy designed to bring more connections between the beautiful game and music.

These artistes are all slated to enrich the great programme of the FIFA Fan Festival over the 29 days of the tournament at Doha’s Al Bidda Park, among more than 20 additional top-level entertainers from around the world performing at the event.