I want to be Shakespeare of Ghana— Nana Asaase 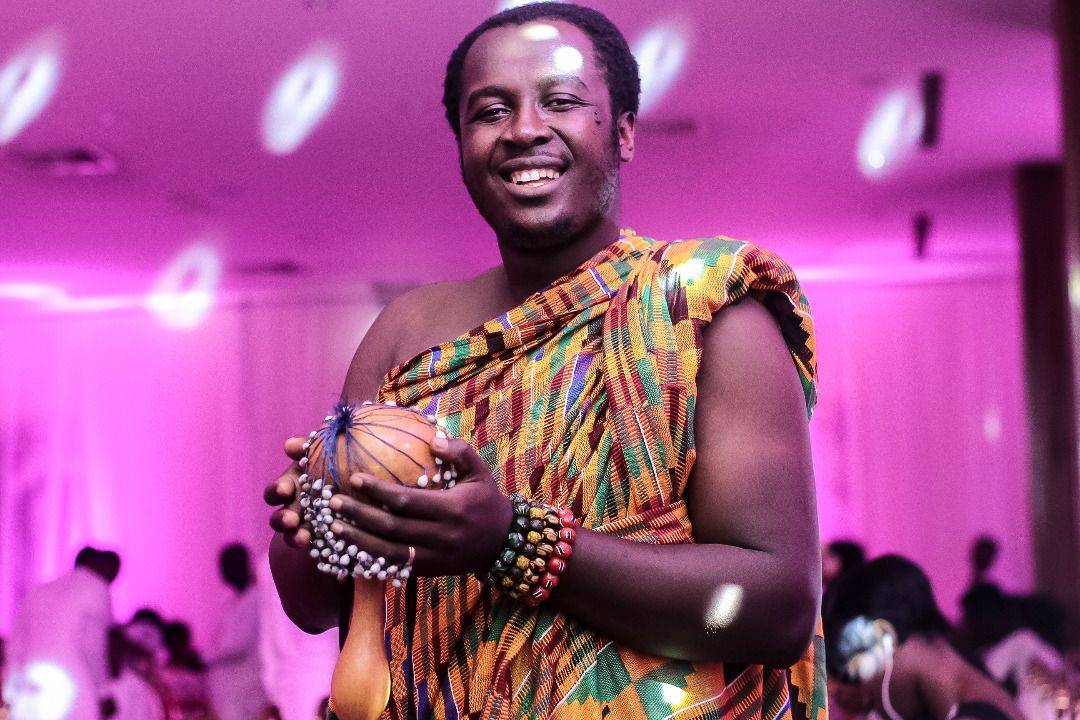 Performing for all the Presidents of Ghana’s Fourth Republic, as well as King Charles of England will be the joy of most entertainers, and Ghanaian Poet Nana Asaase prides himself on having achieved that feat.

Not only has he performed for all these high-profile people during the 23 years of his career but the young man, who is mostly dressed in his traditional cloth, has performed for chiefs, queens and at events such as funerals, celebrity weddings and parties, among others.

How does he connect to all these people? Well, Nana Asaase, who usually communicates in Twi, told the Daily Graphic that his gigs came from recommendations from the people he had done business with.

“The clients I have dealt with recommend me to other people who need my services and others also reach out to me through my social media handles. For instance, during the burial of ace broadcaster Komla Dumor, I did something special for him and through that I had gigs across Africa.

“But in all, I will say it is my hard work, consistency and how effortless I do my things that bring me the gigs. When you are not good at what you do, no one will be willing to work with you after one or two deals, but the people always come back anytime I work with them,” he said.

Doing this for 23 years has given Nana Asaase the opportunity to travel and meet so many dignitaries but the graduate of the University of Ghana, Legon said there was more for him to do because he wanted to be the Shakespeare of Ghana.

“Like what rapper Sarkodie has been able to do with Twi internationally and Abedi Pele with football, I also want to be the Shakespeare of Ghana. After conquering Africa, I want to see myself on the international stage competing with some of the best poets in the world.

“Even though I have done this for 23 years, there is so much ahead of me to do and until God calls me, I will make sure that dream comes to pass. When you mention five top poets in Africa,
I want to be part of them and that requires hard work to get there,” he said.

Although doing poems in English is not a problem for him, Nana Asaase said speaking his local dialect enabled him to express himself more and also get his messages across to Ghanaians.

“When you speak to a man through his language, you speak to his soul. First of all, I am a Ghanaian and the best way the majority of Ghanaians will understand me is through my local dialect, and I know how impactful communicating in my mother tongue has helped. When I perform in Twi to chiefs on occasions such as durbars, I get applause and encouragement to do more.
They like how I coin my words in the Akan language using figures of speech and proverbs to express myself,” he said.

Has he ever flopped?

Every entertainer has had a bad day at a point in his career but Nana Asaase does not remember performing so badly at an event because he does a lot of research and puts in his all to always come out with the best.

“No one is perfect but I believe there is always room for improvement. I wouldn’t say I have performed badly at an event but sometimes, you perform and get the applause but deep within you, you know it could be better.

“One thing that helps is that I always know my audience and know what to coin for them. You cannot say certain things at some events and I know what to say at a particular point in time and I always get the applause for that,” he said.

Is being a poet difficult?

Answering the question of whether being a poet is difficult, Nana Asaase said it was neither yes or no. “Putting words together requires deliberate effort but consistency will give you that mastery. It is not easy but with constant practice it becomes normal. You only become perfect at what you do with constant practice. Some people are gifted in memorising things so fast but with others, it has to be a constant practice. We are all different but I believe once you are into what you do and put in more practice you can conquer any difficult task,” he said.

Born Philip Boakye Dua Oyinka, Nana Asaase, who admires great poets such as the late Professor Awoonor and Professor Atukwei Okine, was under the tutelage of Prof. Kofi Anyidoho, a giant in Ghanaian and African literature.

He has been interviewed on both local and international media, including BBC and CNN’s African Voices programme.

He is currently serving his second term as the Secretary of the governing board of Ghana’s National Folklore Board. Nana Asaase is the Digital Reading Ambassador of the Ghana Library App and the CEO of Asaase Inscriptions, Ghana’s first Literary Coaching Agency and Cultural Consultancy.