I challenge myself to always do better-— Black Sherif 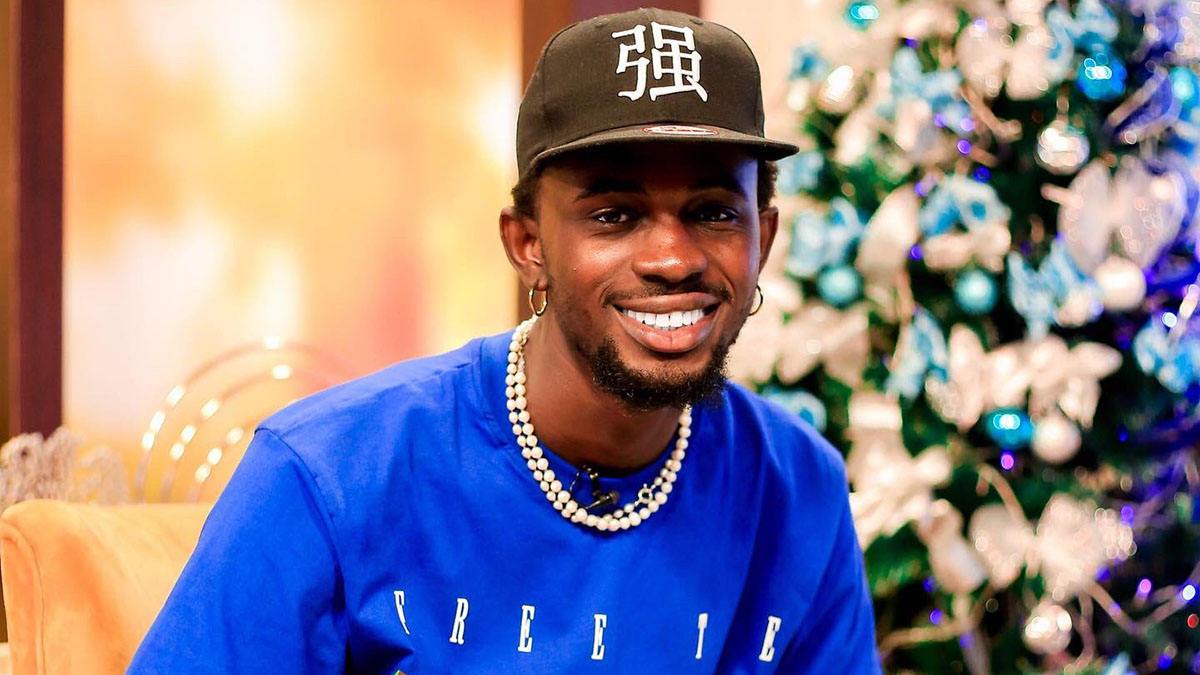 For the past months, Black Sherif has gotten the world’s attention with his music. This achievement obviously comes with hard work and the pressure to always deliver is high.

However, the young man from Konongo Zongo says he always challenges himself to do better hence the reason he is where he is now.

Speaking in an exclusive interview with the Daily Graphic shortly after his debut album (Villain I Never Was) launch last week at Echo House, Adjiringanor, the Kwaku The Traveller hitmaker said he was always learning and challenging himself to always do better.

“Getting to where I am is hard work and consistency. I am always learning from the great musicians to add to my knowledge. The only way I can improve on what I do is to challenge myself and break my own record.

“Whenever I release a song, I should be able to come out with another which is more crazy. It is the only way to measure myself to see how I am doing,” he said.
Talking about his international recognition, Black Sherif said it was hard work and determination that had brought him thus far.

“It is a good feeling to have the whole world following you but it has not been easy coming thus far. People think Black Sherif just became Black Sherif overnight but that is not so. It has been hard work, writing good music and doing me and I am glad all of that over the years are now paying off.


“The world will experience more than what they are experiencing now and that also means there is more work for me to do” he revealed.

Villain I Never Was album

Touching on his latest album Villain I Never Was, Black Sherif said every song on the album was a true life story of himself.

“All the 14 songs on the Villain I Never Was tell a story of the struggles, the happy moments and happenings in my life. I was real and raw on my album and I guess that is the reason I am getting all the attention around the world.

“The world can relate to all the songs on the album but my favourite song on the album is Soja because I am always motivated to do more when I hear it,” he said

The Villain I Never Was album has songs such as The Homeless Song, Oil In My Head, 45, Soja, Prey Da Youngsta, Sad Boys Don’t Fold, We Up, Oh Paradise, Wasteman, Don’t Forget Me, Toxic Love and Kwaku The Traveller and Black Sherif says he wants all the songs to make an impact on people’s lives.

According to Black Sherif, a lot went into writing of his songs because he wanted them to make sense and relatable to people. “Whenever I sit to write a song, I make sure it makes sense and makes an impact on people’s lives. I am on a journey of making memories with my music. I put down whatever happens in my life and later develop it into a song”, he stated.

Apart from garnering admirable traction with his music, Black Sherif is also getting the buzz due to his bizarre way of dressing where he is seen wearing big pair of trousers (togas) with tight tops or crop tops.

To the young ones who want to be like Black Sherif, the 20-year-old said “keep doing the positive things and never give up on life.

“There is no ‘giving up’ in my dictionary. I am always thinking about positive things and doing my best. At age 20, I have seen a lot that some grown ups might probably not have experienced but through it all, I never gave up and now see where I am today.

“You can achieve whatever you set your mind to and I want to tell any young person listening to my music to take inspiration from it. To the up and coming musicians, I want you to know that the road is tough but keep doing good music, continue doing what you know best and the world will one day pay attention to you,” he said.

Asked what is next for him, Black Sherif said there was a lot ahead of him. According to him, he was shooting videos for some of the songs on the album and planning a tour around the world to meet his many fans who had made him who he is today.

Born Mohammed Ismail Sharrif and raised in Konongo-Zongo, in the Ashanti Region of Ghana, the graduate of University of Professional Studies (UPSA) got noticed when he released First Sermon freestyle in May 2021. He followed up with Second Sermon two months later and that got him the international recognition.

He has also worked with musicians such as Burna Boy and Darkoo from Nigeria, Amerado and American’s Vic Mensah.