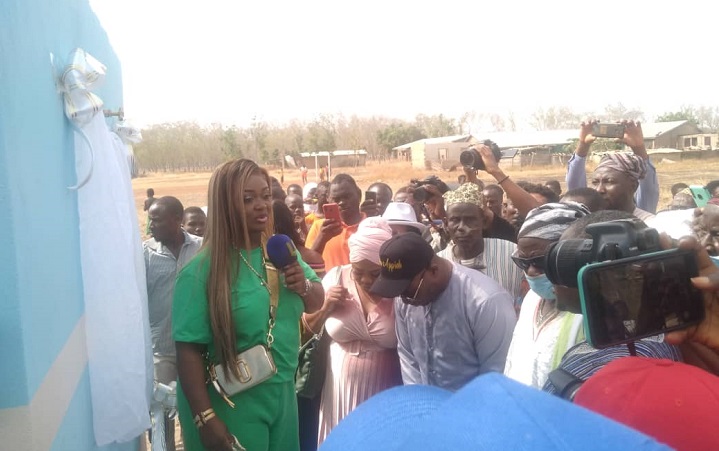 Jackie Appiah speaking at the commissioning of the borehole
30.5k Shares

Since she started marking her birthdays with charitable acts, award-winning actress Jackie Appiah has been doing it close to the capital, Accra.

However, this year, she went all the way to the North for her 38th birthday which fell on Sunday, December 5. She joined the chiefs and people of Kogni, a farming community in the Northern Region mark the day.

Accompanied by her team, she commissioned a mechanised borehole and donated large quantities of assorted items to the residents. An unspecified amount of money was also presented to pupils of Kogni M/A Primary School and elders of the community for their upkeep.

Some of the items that Jackie Appiah presented

Prior to the presentation of the items, a football match was played in honour of the celebrated Ghanaian actress. 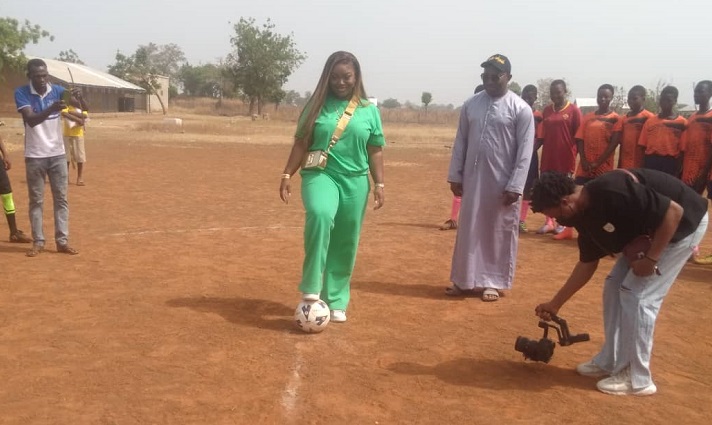 Jackie Appiah takes the first kick to start a football match played in her honour.

Speaking to the media after the presentation, Jackie Appiah said this was the first time she was celebrating her birthday outside Accra, and that she decided to celebrate with the residents to put smiles on their faces.

She indicated that she went to the aid of the people because she was told of their plight.

"I was told they don't have good drinking water and you know water is life so I decided to construct a mechanised borehole for them," she said. 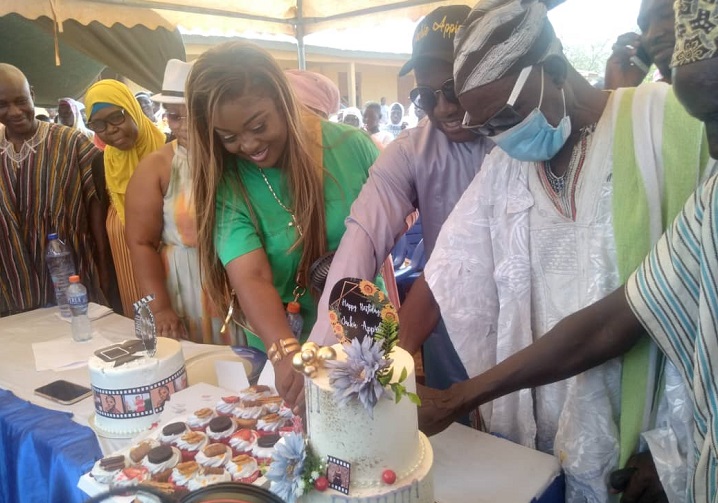 Jackie Appiah thanked all the sponsors who supported her to mark the event.

For his part, the Assemblyman of the area, Mr Osman J. Alfred thanked the actress for the gesture, saying that it came at the right time and was the greatest Christmas present they had received this year.

He said the borehole would provide clean drinking water for the residents.