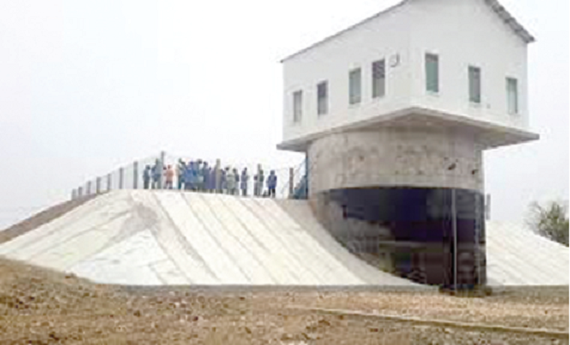 Water is life, and it is for this critical reason that all attempts are made by governments, individuals and organisations worldwide to ensure the provision of potable water wherever there is human habitation.

That the government has provided water for the people of Wa and its environs by constructing the Jambusi water treatment plant in the Wa West District in the Upper West Region is, therefore, commendable.

Potable water is needed not only for drinking but also virtually every household and economic activity, such as cooking and washing.

Girls and boys especially are able to seamlessly attend school and perform all chores, respectively, without having to trek several miles in search of water (often polluted) for the house.

The health of a people with access to potable water is assured and economic activities are not hampered, as people do not fall ill, for which reason they can contribute their quota to economic development.

In fact, water is a basic need from the cradle to the grave — when one is born, he or she is washed with water, and before one is buried, there is the last bath.

This importance of water notwithstanding, we find the fact that the expanded Jambusi water treatment plant, with a total capacity of 15,000 cubic metres (3.3 million gallons) daily, is only producing 4,000 cubic metres (896,000 gallons) a day very unfortunate.

Per the Daily Graphic story of March 12, 2022, the figure, which constitutes a production rate of 27 per cent, had been attributed to a limited distribution network system to deliver the potable water from the main transmission lines to the end users.

While we are happy that 238 kilometres of the distribution network had been completed since the plant’s inauguration in 2017, as relayed by the Regional Chief Manager of the Ghana Water Company Limited (GWCL), Serena Kwakye-Mintah, we hold the view that the network is not enough, as many people for whom the project was embarked on still do not have access.

Although there are plans by the GWCL to expand the distribution network in the Wa municipality and its environs by about 70 kilometres, so that the water gets closer to more communities, we ask: what happens then to the people who cannot still be reached?

We believe that the customer base, which currently stands at 8,015 in the area, can further be increased when expansion work begins next month if only the GWCL can come up with more innovative ways of reaching the people in the catchment area of the plant till the extension of pipelines is completed.

For instance, the fact that individuals want to access the services of the GWCL for consumption but are complaining of the high cost of extension because the transmission lines are far away from them gives a window of opportunity.

There can be a partnership between the GWCL and individuals with the means to extend the service to their areas, where they will be made to pay half of the cost, so that the GWCL takes the other half in a win-win collaboration.

Furthermore, there are many non-governmental organisations that are into the provision of and access to water working in the northern part of the country which can be brought on board in a public-private partnership arrangement, instead of they going solo and sinking boreholes where there is the need.

In very stretchy circumstances, tanker services should be provided for people willing to pay a token for potable water from the plant, which decision can be arrived at after stakeholder engagements.

In extreme situations, municipal and district assemblies can be brought on board to assist people get potable water at regular intervals if their economic conditions cannot enable them to pay the token for the treated water

The fact that the non-payment of bills by residents is a major challenge speaks volumes, but we urge residents to pay up their bills, so that they will be provided with potable water.

Furthermore, we caution indigenes against the vandalisation of water transmission lines by way of the setting of bushfires during the dry season and urge the MDAs to bring to book those found to have started bushfires.