Rakesh Wahi - The way of the lion 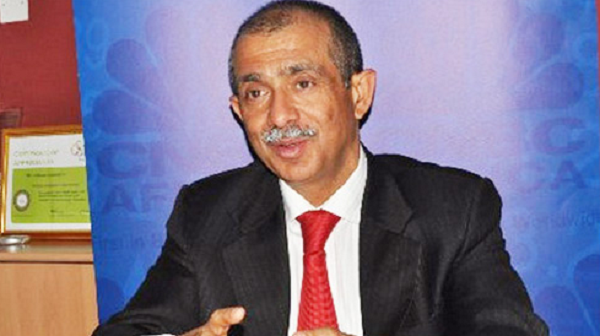 Nothing makes a man rethink his life like surviving a brush with death.

In 1987, 23-year-old Rakesh Wahi was such a man in death’s sights. While commanding a task force on a military mission in Western India, Wahi was nearly electrocuted and was in his words, “clinically dead”.  When he gained consciousness 24 hours later, he faced up to his growing dissatisfaction with his flourishing military career, realising that he couldn’t take his life and dreams for granted. From that moment onwards, he would learn to chase his dreams and fulfil them, no matter what.

Rakesh Wahi’s entrepreneurial success is a life-long journey in the way of the lion.

Success in the military

Wahi had already served nine years as a decorated officer in the Indian army when he abruptly quit. He received a coveted award (the Vishisht Seva Medal) in 1985 for courage and dedication beyond the call of duty from the President of India. Having been selected to serve on some important missions, including member of the team that built India’s second base on the Antarctic, he was definitely on the fast track to a position in the top brass, possibly Army General Commander, before 40.

But Wahi knew he wanted more out of life, and the military career would only constrain him. With only $500 in the bank, a newly wed wife, a five-month-old son and no idea what to do next, he handed in his resignation and went in search of his destiny.

Wahi has wrought a career over the years that by some accounts have him building somewhere in the region of 200 businesses in the past 30 years, and is described by some as the entrepreneur’s entrepreneur.

He is the Co-founder of Transnational Academic Group, which operates Lancaster University Ghana, the Ghana campus of the top 10 rated Lancaster University in the UK, Murdoch University Dubai and Curtin University Dubai. Wahi is also the Founder of the Africa-focused television and media company ABN Group, operators of CNBC Africa, Forbes Africa, ABN Productions, ABN Training Institute, ABN Pictures, ABN Newswire Services, ABN Digital, ABN Pictures and ABN Education Trust; and Tech One Global – a technology solutions development and distribution business with partners like Microsoft, Autodesk and Adobe; and with operations in six countries in the Middle East and Asia. Wahi’s CMA Investment Holdings, where he serves as Chairman, has significant market leading interests in media, IT, telecoms and education. His companies operate in 22 countries, serving up world-class brands in emerging markets, and in the process employing well over 2,000 people.

Lessons in being a lion

In his 2016 memoir, Be a lion – dare to dream and live fearlessly, Wahi writes about his life, successes and failings, and how like the lion he has fearlessly kept on top of his game. He credits his family and people he has met throughout the years with these successes. His mother and wife Saloni provided firm support when he wanted to leave the army. His father’s admonitions for Wahi to make a name for himself in life rather than ride on his made a deep impression on the jobless Wahi who had asked for help. Colonel Satya Pal Wahi, his father, had distinguished himself in his military career in Indian business circles. Wahi acted on this difficult piece of advice by resolving to cut his own path.

He left India for Dubai and there learned that he could thrive off the turmoil and high-risk business of emerging markets. In such ‘backwater’ places, communications infrastructure and the flow of information about the rest of the world was poor. He built a trading business just on the back of his superior knowledge and made a pile of cash in the early years.

People are Wahi’s greatest assets; believing that building strong connections with loyal people with integrity could help the entrepreneur along the way to achieving his destiny.

“Every now and again in your life, there will come another human being who will touch your heart, soul and destiny. He or she will be the messenger of an opportunity and, consequently, your destiny,” he notes.

Beyond the influence of people on the entrepreneur’s life, Wahi teaches that entrepreneurs must recognise failure as a path to success and to rise again knowing that their failings and bad judgement become experience from which good judgement and successes arise.

Wahi was driven, bent on making the most out of the opportunities he found in new markets, and careful to learn about all the areas he was investing in. For many years, he would wake up at 3 a.m. to read on finance or telecoms and other new areas until morning, gradually claiming a place among experts until he became a recognised speaker in those areas.

Wahi’s entrepreneurial life shows a commitment to seizing opportunities and in paying the price to see his dreams through. He has built formidable teams, his own pride of lions, to help him achieve his goals and grow his empire. Wahi insists that the entrepreneur must be fully invested and involved, “there are no half measures; you must be all in, you have to be fearless and take bold decisions in the face of adversity and stand by them and your team irrespective of the odds.”

Rakesh Wahi’s life’s story teaches that an entrepreneur must expect risk – risk of failure, of losing his pride or missing the kill; accept responsibility to build his pride, his effective team of doers, and consistently embrace change and growth with fearlessness.  Successful entrepreneurship is much like the way of the lion.