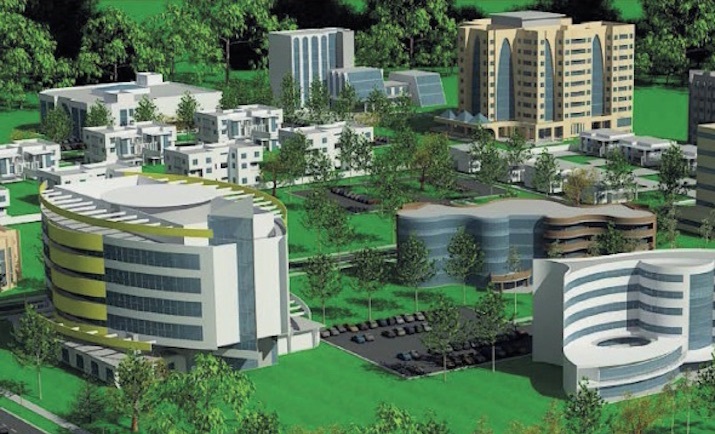 Mauritius has announced plans to undertake a number of projects, including the construction of a modern cyber-city in the country.

The Minister of Foreign Affairs, Regional Integration and International Trade for Mauritius, Mr Vishnu Seetanah Lutchmeenaraidoo, who announced this in Accra on Wednesday, said the project which was expected to be cited at Dawa in the Greater Accra Region would, however, be subject to approval by the new government.

The city will be a highly technology based one where people could work and have fun. It will have innovation towers, conference centres, bank/finance towers, an ICT plaza and serviced plots for regional headquarters for ICT companies.

Mr Lutchmeenaraidoo, who was in the country for the inauguration of President Nana Addo Dankwa Akufo-Addo, told the media that the city would bring integrated development with smart solutions and management resources which would attract high calibre of professionals.

He was of the view that the project would also be a boost to tourism, both internal and external.

Mr Lutchmeenaraidoo also announced the intention of his country’s government to support the new administration in the area of sugar production by setting up sugar factories in districts which would be identified by the two governments as viable.

He said Mauritius wanted to support Ghana to become the leading producer and exporter of sugar in the West African subregion, while using the byproduct of the sugarcane to produce electricity to support the national grid.

“We, as a country, are hoping to invest heavily in Ghana in the area of sugar production for export to the rest of the world by citing factories in parts of Ghana. Let me say that so long as there is the availability of water or dams to support the production of the raw material [sugarcane], we are in business,” he said.

Mauritius, he said, had been at the forefront of sugarcane production and had generated quite a significant amount of energy from its byproduct.

This project is also expected to create employment opportunities for the youth of the country.

Mr Lutchmeenaraidoo also pledged that Mauritius would support the poultry industry of the country as well.

He said all the projects they intended to undertake in Ghana had the total blessing of financial institutions such as the International Monetary Fund, the World Bank and the African Development Bank.

“We have an umbrella of support from all these financial institutions and they follow our activities keenly,” he noted.

The Foreign Affairs Minister of Mauritius also pointed out that Africa would emerge as a super power in years to come.

“In 15 years, people will queue to be in Africa. But before that will happen, we have to prove that we mean business and that we can handle the management of our own countries,” he stated.