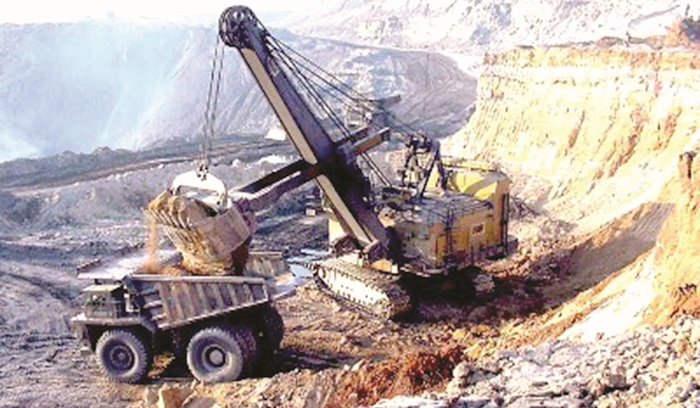 The Minister of Finance, Mr Ken Ofori-Atta, has expressed the resolve of the government to fast-track the economic development of the country with a special focus on industrialisation.

Presenting the 2017 budget statement in Accra, on Thursday, Mr Ofori-Atta said the government has decided to develop an integrated aluminium industry through six main components.

The first will be the development of the bauxite mines, which are located in Awaso, Nyinahin and Kyebi. The second will be the establishment of a refinery at one of the bauxite sights, preferably in Kyebi, because of its closest proximity to Tema, where the Valco smelter is located.

The allocation of a dedicated, reliable and affordable source of power supply for the smelter will be the third while the fourth will be the development of a railway infrastructure between the mines and Tema.

The fifth is the conversion of the alumina to aluminium at the current Valco plant with the sixth being establishment of an industrial park dedicated to manufacturing aluminium related products to complete the value chain of what is potentially a multi-billion local industry.

“This is in line with government’s vision for industrialisation and transformation of the Ghanaian economy, with a deliberate focus on value-addition to the country's vast mineral wealth to significantly expand the capacity of the economy to create jobs and wealth for the people,” the minister said.

He indicated that the 2017 Budget and economic statement of the government seeks to revive this critical game-changer and has, accordingly, made provisions to see to the implementation of an integrated aluminium industry.

Mr Ofori-Atta said following a successful feasibility studies at the related areas the government would soon introduce a bill to Parliament to oversee the urgent development of this critical industry.

“Ghana has since 1962, been contemplating the establishment of an integrated aluminium industry, using its natural resources in bauxite, hydro, gas and its existing smelter.

“The closest that the country got to realising this was in 2008 under President John Agyekum Kufuor. Thankfully, President Nana Addo Dankwah Akufo-Addo has made the rapid and sustainable establishment of an integrated aluminium industry a top economic priority,” he added.

According to him, the government will soon develop a policy to promote diversification to lesser known minerals, and linkages between the mining sector and other sectors of the economy.

“The Ministry of Lands and Natural Resources exists to ensure the sustainable management and utilisation of the nation’s natural resources for socio-economic growth and development of the country,” he added.

“In 2017, the ministry will facilitate the approval and implementation of the policy. This is expected to increase local content participation, among others. Additionally, the Ghana Geological Survey Authority Act, 2016 (Act 928) was passed by Parliament to enhance new mineral discoveries throughout the country and diversify the country’s mineral resource base from the traditional minerals,” the minister noted.

He indicated that government was presently developing a fully-fledged computerised mining cadastral system to ensure accountability and compliance with the management of mineral rights to boost investment.

When completed in 2017, investors can apply for mineral rights online, and conduct cartographic searches in district offices.

Mr Ofori-Atta observed that to mitigate the socio-economic impacts of mining on host communities, 23,000 and 12,000 acres of oil palm plantation were established at the Prestea Huni Valley and Ayanfuri-Dunkwa area in the Western and Central regions, respectively, under the Alternative Livelihood Programmes (ALP).

The story of mining

But the story of mining can sometimes be told in distorted forms; emotionally hyped narratives of environmental harm and pollution; local people protesting activities of mining companies and sometimes overly exaggerated media coverage.

There are also contradictions of a heavily taxed mining industry still considered as a gluttonous fat cow, yet considered by some as a sinister ‘tax evader’.

However, mining continues to be the number one contributor to the Ghana Revenue Authority (GRA). In 2014, 34 per cent of Gross Export Revenue the country accrued was from mining. Additionally, mining is a major source of forex for the country.

In the mining sector, erroneous perceptions of a fat cow getting fatter eat up mining companies even more, and the African Centre for Energy Policy (ACEP) has just added to the perception by drawing conclusions based on the government’s returns from mining revenue realised from the sale of gold.