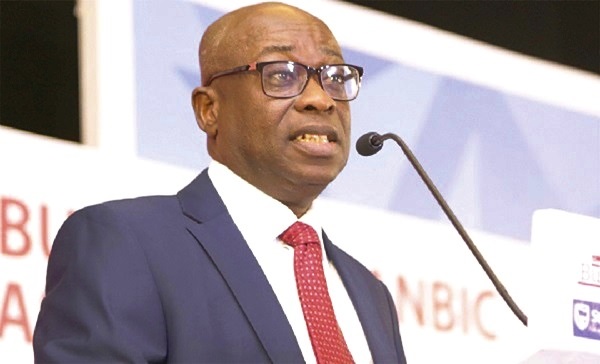 An industrialist and former Board Chairman of the Electricity Company of Ghana (ECG), Mr Tony Oteng-Gyasi, has welcomed the recent increment in utility tariffs as a necessary step that would help sustain the service providers and cushion the industry from running into deeper financial problems.

He told the Daily Graphic in an interview that the tariff increase was long overdue, especially coming at a time when the country had been struggling to cope with costly power purchase agreements (PPAs) and the rising cost of production of the utilities.

In the power sector, Ghana’s cost of generation, which is estimated at about US$0.14 per kilowatt (kW), is said to be the highest in West Africa.

In the sub-region, it costs an average of US$0.10 to produce a kW of electricity.

As a result, Mr Oteng-Gyasi said “the tendency to condemn” the increment in utility tariffs must be measured against the reality and the need to sustain the companies from running into deeper financial challenges.

That, he said, required that consumers paid realistic tariffs to help keep the companies in business.

Consequently, Mr Oteng-Gyasi, who founded and currently manages the Tropical Cable and Conductor Limited, expressed the hope that the increment would augment the financial positions of the water and electricity service providers and make it possible for them to pay their service providers on time.

With state-owned enterprises in the power and water sector being indebted to their suppliers, he said the increased tariffs should make it possible for the companies to collect more money and be able to honour their financial obligations to their third parties.

This should spare the electricity and water retailing companies of a debt overhang, which has often been the bane of prompt payment for services, the former President of the Association of Ghana Industries (AGI) told the Daily Graphic in the interview.

For years, the power sector has been entangled in a cyclical debt situation where every player, from the top to the bottom, owes another for delayed payment.

Mr Oteng-Gyasi was speaking to the paper on the heels of the upward adjustments in power and water tariffs.

On June 21 and June 24, the Public Utilities Regulatory Commission (PURC) announced that it had approved an 11.17 per cent and 18.1 per cent increase in electricity and water tariffs respectively effective July 1.

The commission, which regulates the utilities subsector, also restored a 10 per cent levy for the GWCL to be used in running the Teshie Desalination Plant.

The increment in tariff for electricity is meant to benefit the PDS, ECG, Volta River Authority (VRA), the Ghana Grid Company Limited (GRIDCo) and EPC, which produce and supply electricity in the country.

Beyond supporting the tariff adjustments, Mr Oteng-Gyasi also wondered why industrial consumers would continue to pay the same tariff as residential consumers.

He said the current tariff structure where industrial consumers subsidised residential consumers was the “most unusual arrangement”.

“In most places, residential rather subsidises industrial for various reasons; industrial is a bulk consume; our electricity bill for instance is around GH¢300,000 or GH¢400,000 a month,” he said in reference to the power bill of TCCL, a cabling manufacturer.

“So if for anything at all, for buying in bulk, we should be getting a subsidy.

“But if we are not getting a subsidy, why should we have to subsidise residential?” Mr Oteng-Gyasi asked.

He said the cost of collecting bills from industrial consumers was also cheaper compared to that of residential consumers, something that required that the former’s power cost to be subsidised by the latter.

He said the country’s power structure ultimately made the cost of operations of industries high with adverse impact on the industrial sector of the economy.

“Electricity is an integral part of any production process and if in the process, our prices become high and people do not want to buy and we start importing things, then we have to lay off our labour.

“If we lay off our labour, you know the social unrest because people lose incomes, families suffer and the whole country suffers,” he said.