Local insurers must not suffer fate of local banks 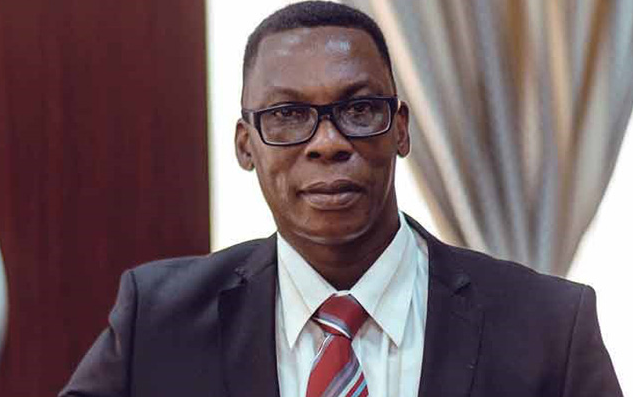 The National Insurance Commission (NIC) in June 2019 announced a new capital requirement for insurance companies operating in the country after a series of consultations and discussions between the industry players and the regulator.

Prior to the announcement of the new capital requirement, the industry players had suggested to the regulator to implement a risk-based minimum capital regime subject to the risk appetite of each company.

They argued that the current minimum capital requirements were more than set at realistic levels for a risk-based approach.

The regulator, however, went ahead to announce an across board new capital requirement for all the companies which it believed was best for the industry.

The new capital requirement could be met in three ways.

That is, by the injection of fresh cash; the use of retained earnings; other reserves or a combination and this is expected to apply to all existing insurers in the market. New entrants are, however, expected to meet the new requirement by strictly providing the full minimum capital in the form of cash and not any form of accountable assets.

All the companies were expected to meet this new requirement by June 30, 2021, however, six months to the deadline; the NIC extended the deadline by a further six months to January 2022 due to the outbreak of the COVID-19 pandemic which hit hard at businesses all over the world.

With just three months left to the new deadline, this exercise might cause lots of them to lose their licences, similar to what happened in the recently concluded banking clean-up exercise which saw nine local banks lose their operating licences and caused the state over GH¢ 21 billion to protect the deposits of customers of the affected banks.

While the NIC recently indicated that it was so far satisfied with the recapitalisation plans and progress made by the industry in general, it noted that there were still some which required some more work while some may not be able to meet the new requirement.

With the already low level of confidence in the sector, the NIC must use a different approach should any of the insurance companies fail to meet the new requirement by the January 2022 deadline.

If not done properly, this exercise could further deepen the cracks in the insurance industry and hugely affect the confidence in the sector, similar to what happened in the banking sector, where the revocation of the licences led to some unintended consequences which hit hard at the entire financial sector.

The insurance regulator must, therefore, take cue from the banking sector clean-up and let it guide any decision it would take after the January 2022 deadline.

Lessons must be learnt

If there is one lesson that should be learnt from the banking sector clean-up, it is how the exercise contributed to the public debt, and how the exercise has led to the introduction of the five per cent Financial Sector Clean-up levy which has placed a further tax burden on banks.

The NIC must, therefore, ensure that its exercise would not also further add up to the public debt or lead to the introduction of new taxes in the near future.

With three months left to the deadline, the NIC should be in a good position to know the status of all the companies and know which of them won’t be able to make it by now.

The regulator should, therefore, start looking at innovative ways, either to merge some of these companies or allow the bigger ones to acquire some of them.

We must not get to the end of the road before all these processes will start.

The NIC should also ensure that, unlike what happened in the banking sector, local companies should be protected and not allowed to collapse just because they couldn’t meet the new requirement.

The insurance commission, together with the government, must come up with a model similar to the GAT arrangement to help the local insurance companies who have impeccable corporate governance structures but fail to meet the new requirement by the January 2022 deadline.

Struggling local insurance companies must also be open to mergers and acquisitions if need be, as this will not only enhance their financial capacity, but also extend their reach and make them more competitive.