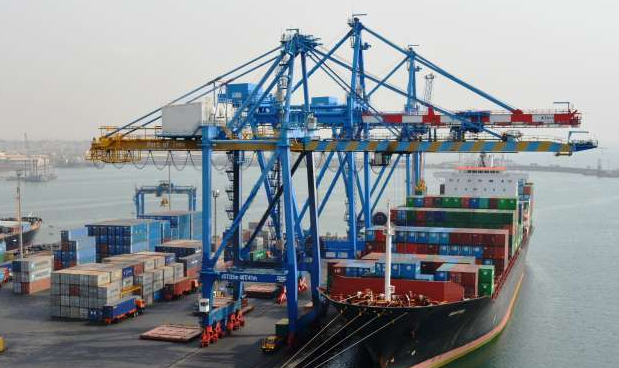 Barely a year into the implementation of the paperless clearance system, the Ghana Institute of Freight Forwarders (GIFF) has scored the initiative 65 per cent for easing business transactions at the ports, although it maintains there is room for improvement

said the system could have performed better than it had presently done if the compliance stage of the clearance process had been abolished when the system was initiated in September last year.

The President of GIFF, Mr Kwabena Ofosu Appiah, in an interview with the GRAPHIC said the paperless system would have recorded 85 per cent had the compliance stage been abolished when the system took off last year.

“The paperless clearance system would have performed better if the compliance stage of the clearance process was abolished from day one,” the GIFF president said.

The government recently announced some new measures to streamline inspections at the country's ports in order to further enhance the existing National Single Window and boost the government's revenue.

One of the major interventions is the reduction of the number of agencies undertaking joint inspections at the ports from 16 to three effective July 1 this year.

The three agencies to remain in operations at the ports are the Ghana Standards Authority (GSA), the Food and Drugs Authority (FDA) and Customs. The National Security or NACOB will join based on intelligence.

For this reason, the compliance stage of the clearance process has been abolished since it has become redundant under the new system. This function will be undertaken by the Customs Technical Services Bureau (CTSB).

It has also established a task force to monitor the implementation of the paperless system at the ports on a daily basis and provide reports for action where bottlenecks arise.

Mr Appiah said the review was based on a broader consultation championed by the Vice-President, Dr Mahamudu Bawumia, which started in January this year.

During the review process, he explained, the government was informed about the challenges with the clearance system, for which the country has not made much progress with the automated system at the ports.

He noted that the paperless system was hinged on two legs, namely the information technology (IT) solution structure and the governance structure.

However, Mr Appiah explained that since its inception, the implementers of the system were rather focusing more on the IT solution structure than the governance structure, leading to imbalances in the system.

“Now that we have the assurance that the agencies have been reduced and the compliance stage of the clearance process has been abolished, we are hopeful that it will further improve the paperless clearance system at the ports,” he said.