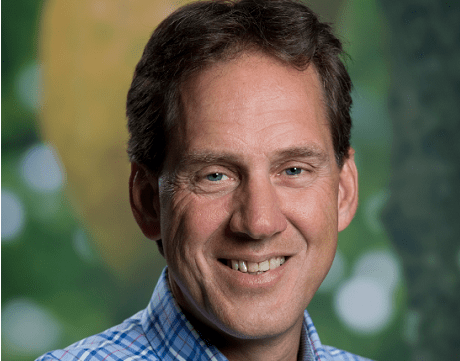 A Global cocoa company, Cargill Cocoa & Chocolate, has outlined its plan to eliminate deforestation from its cocoa supply chain.

Christened, “Protect Our Planet”, the company has provided concrete actions it is taking to achieve 100 per cent cocoa bean traceability and included a commitment of “no further conversion” of any forest land in Ghana and Cote d’Ivoire for cocoa production.

Outlining the plan in a New Year message, the President of Cargill Cocoa & Chocolate, Mr Harold Poelma, announced that the company was expanding its forest efforts to five original cocoa producing countries such as Ghana, Cote d’Ivoire, Brazil, Indonesia and Cameroun, as well as the indirect cocoa supply chain, while securing the future livelihoods and resilience of smallholder cocoa farmers.

“We recognise there is considerable urgency to address climate and deforestation challenges and this means engaging in programmes to stop deforestation in the countries from which we source cocoa.

“We have made important first steps but there is more to be done and we believe that this action plan is how we will reach our goal,” Mr Poelma stated.

Mr Poelma identified them as the Protect Our Planet, Supply Chain Transparency, Cargill Cocoa Promise, Supplier Engagement and Transformation Together.

“Concerns around deforestation and its impact demand a joint response from private and public sectors, companies and citizens alike.

“We are committed to playing our part in ending deforestation in the cocoa sector while improving the lives of cocoa farmers and their communities, reinforcing our ability to thrive as a business while leaving a positive impact on the world around us,” Mr Poelma said.

He explained that the “Protect our planet”, which would be implemented in five origin countries where the company sourced cocoa and throughout the company’s indirect supply chain, outlined how the company would achieve those goals and eliminate deforestation from its supply chain by 2030.

Mr Poelma said the Protect our planet would dovetail into the Supply Chain Transparency, which the company intended to achieve 100 per cent cocoa bean traceability.

“The company will map its entire cocoa supply chain, using GPS and polygon farm mapping globally, to identify the exact location of the farms and accurately assess farm size.

“We will also continue to introduce traceability technology to cooperatives and farmers such as a Coop Management System (CMS) and bar-coding of bags enabling us to trace beans back to individual farms,” the company’s President outlined.

He announced that the company had already achieved 100 per cent traceability from farm to factory in Ghana using those technologies, adding that it was aiming to achieve the same in Ivory Coast in 2020, “where we mapped over 80,000 of the 120,000 farms in our direct supply chain.”

Speaking on the “Cargill Cocoa Promise”, Mr Poelma said Cargill was integrating environmental protection projects into its, “Cocoa Promise” programme, which would include expanding existing programmes related to growing more cocoa on less land, economics and labour issues to include agroforestry, and conservation.

Touching on supplier engagement, he said the company was committed to managing the risk of deforestation not only in the Cargill Cocoa Promise supply chain, but also within indirect cocoa and chocolate ingredient supply chains.

“This includes raising standards for third-party suppliers to advance their own transparency and build their capacity to address common challenges,” Mr Poelma explained.

He said the journey towards sustainable business practices was far greater than the actions or interests of any one company, recalling that last year, the company co-signed the Cocoa & Forests Initiative (CFI) alongside 34 other chocolate and cocoa companies, the World Cocoa Foundation, and the IDH Sustainable Trade Initiative to achieve a fair and secure cocoa supply chain.

He said Cargill had committed to reporting annually to all its stakeholders, including customers, CFI, NGOs and others, by sharing progress and learning experiences with stakeholders around the world.

Mr Poelma expressed the hope that by so doing, participants in the cocoa supply chain and beyond could learn from each other on the journey to end deforestation.

“Cargill’s 155,000 employees across 70 countries work relentlessly to achieve our purpose of nourishing the world in a safe, responsible and sustainable way.

“Every day, we connect farmers with markets, customers with ingredients, and people and animals with the food they need to thrive.

“We combine 153 years of experience with new technologies and insights to serve as a trusted partner for food, agriculture, financial and industrial customers in more than 125 countries.

“Side-by-side, we are building a stronger, sustainable future for agriculture,” Mr Poelma concluded.