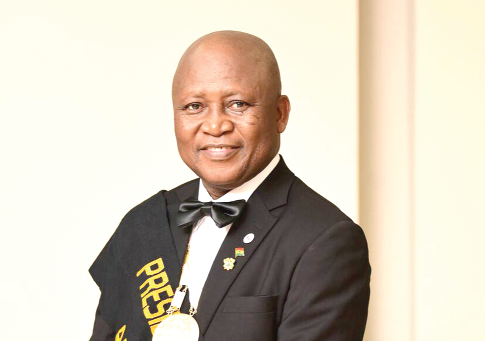 The Association of Ghana Industries (AGI) is on the verge of signing a US$2 billion facility with a consortium of Chinese investors to serve as a pool of funding for its members and other domestic entrepreneurs who are interested in participating in the government’s flagship industrialisation programme, the ‘one district, one factory’ (1D1F).

The funds are to be secured from the China National Building Material Company (CNBM) and made available to domestic entrepreneurs seeking to invest in the 1D1F, a government initiative meant to establish a minimum of a factory each in the country’s 216 assemblies.

It is expected that interest on the loans will be less than five per cent, the President of the AGI, Dr Yaw Adu Gyamfi, told the GRAPHIC BUSINESS on January 11.

“The government and AGI have been able to work all that out to the extent that the money is available now and it is safe and we are ready to implement it,” he said and explained that businesses could soon start accessing it after the final details have been fine-tuned and a formal agreement signed.

If successful, the deal will represent a critical success factor for the 1D1F, given that it will lessen the burden that investors face when accessing finance. It will also help attract more entrepreneurs into the policy, leading to increased productivity, job creation and value addition.

It will further represent a landmark arrangement to the private sector and the country in general, as a similar facility between the government and the China Development Bank (CBD) in 2011 for the latter to lend US$3 billion to the country never materialised in full. The loan amount was later revised to US$1.5 billion after years of negotiations failed to iron out the differences.

Already, the GRAPHIC BUSINESS understands that a memorandum of understanding (MoU) on the US$2 billion facility has been signed between the CNBM and the AGI, an advocacy group for manufacturing businesses.

With that in place, AGI’s President, who is also the Chief Executive Officer of the Danpong Group, said: “What we now want to do is to have meetings with the government, starting next week, and see the kind of companies that have qualified and the banks that have also committed themselves to guarantee.”

“It is such that whatever amount you are asking for, 85 per cent of it has to be guaranteed by a local bank and you yourself will bring the 25 per cent,” he added.

Although a private sector initiative, the paper further understands that negotiations for the facility was done in conjunction with the government, given that the CNBM, a Chinese state institution, is not allowed to deal directly with private institutions.

“The government comes in because CNBM is a state company and the Chinese will not deal with you if the state is not involved. That notwithstanding, it is still a typical private sector initiative because it is not signed by the government,” the Chief Executive Officer of the association, Mr Seth Twum-Akwaboah, said in an earlier interview.

“It is not going to be on the books of government; it is purely a private sector initiative by AGI but supported by the government,” he added.

The private nature of the facility eliminates the bureaucracies associated with sovereign guarantees and parliamentary approval, making it possible for domestic banks to guarantee. Companies can also use the factories to be built with proceeds of the funds as collateral to access the funds.

The coming in of the Chinese facility is key to realising the objectives of the 1D1F, a campaign promise that could become the lifeline to a dying manufacturing sub-sector.

The depressed growth rates are the outcomes of myriad of challenges, including power fluctuations, high cost of credit, taxes and cheap imports that had bedeviled businesses in the area.

Beyond limiting the economy, Dr Gyamfi observed that the trend was depressing to entrepreneurs and the country as a whole.

“It is a very gloomy picture and that is where the worry is. So when I talk of industry benefiting, I am talking of manufacturing, not financial services,” he said.

He said it was heartwarming that the government had agreed to work effectively with the private sector to make the 1D1F a success and further pledged AGI’s commitment to making that a reality.