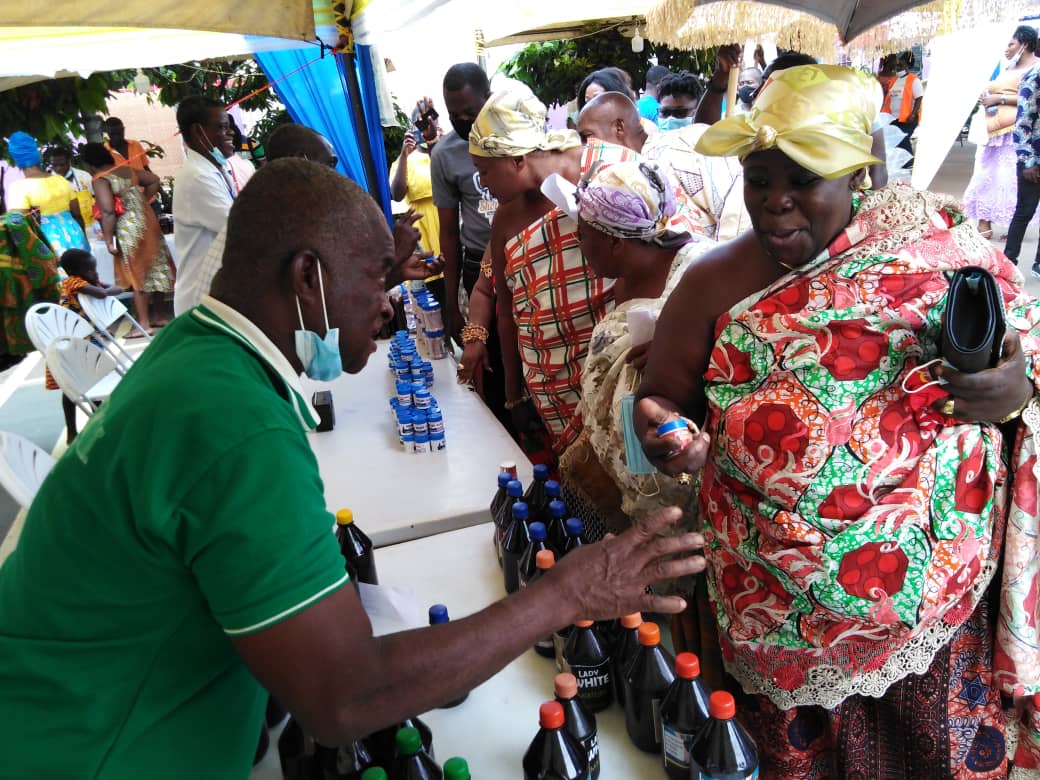 Mining giant, AngloGold Ashanti (AGA), has rolled out a deliberate policy to grow the Obuasi local economy through the promotion of made-in-Ghana goods, exhibiting same and creating job.

It is under the company's Social Management Plan policy .

The exhibition, which was the third in the series was under the theme: "Diversifying the economy of Obuasi through trade promotion."

The six-day trade fair was organised in collaboration with the Obuasi East District Assembly, Obuasi Municipal Assembly and the National Board for Small Scale Industries (NBSSI) facilitated the organisation.

As the theme suggests, the fair focused more on other sectors rather than the mines as it pushes for diversifying the local economy.

During the last two editions, the mine  supported hundreds of small scale industries and promoted partnership in areas where their competitive advantage is low.

The annual event is also to create a common platform for small and medium entreprises to interact and build synergies.

The District Chief Executive for the Obuasi East, Mrs Faustina Amissah, expressed optimism of the initiative scaling up the local economy, establishing a robust and resilient local system in the entire Adansi.

"This will eventually be the answer to sustaining the economy of Obuasi and Adansi and creating jobs for the youth," she said.
Mrs Amissah urged exhibitors to embrace the trade show and advised them to take full advantage of it.

The Senior Sustainability Manager of AGA, Mr Emmanuel Baidoo, expressed the hope that the fair will be the main catalyst to promote trade and speed up developmental projects in Obuasi.

He said the idea of the fair was to also help Obuasi develop massively and not be dependent solely on the mine and to create a vibrant trading environment to boost their economy.

Mr Baidoo said beyond helping revive the local economy, the idea was also to ensure that the relevance of the mines was increased and it's participation enhanced.

The Obuasi Municipal Director of the NBSSI, Mr Kelvin Ofori Atta, said as part of rendering business development and referral services to it's clients, there was the need to promote their activities and showcase them to the whole world.

He commended AGA for bringing all traders of Obuasi under one roof because it builds a strong working relationship among exhibitors.

The Chief Executive Officer of AB fashion, one of the exhibitors, Madam Theresa Boadi, commended AGA for the policy to promote the Obuasi local economy and expressed the hope that it will impact positively on her dream of going international.

She called on government for financial support to help them expand their facilities and train the youth.

The Adansihemaa, Nana Amoanimaa Dede II, thanked AGA for the move and urged the indegenes to participate fully in the trade Fair to promote local goods.