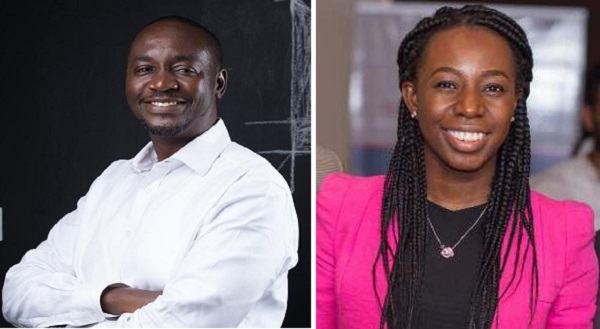 In the light of how bad the deficit is, even if the country starts building over a 10 year-period, it will need about 200,000 housing units every year to be able to bridge the gap.

This situation puts the attainment of goal 11 of the Sustainable Development Goals (SDG) which seeks to ensure access to safe and affordable housing by 2030 under threat.

The question therefore remains: how do we create a society where the average young couple starting life can afford a home, or where the average student who just completed university can take their first steps into owning their own homes without stress?

For his part, Mr Cecil Abbey said the deficit of two million housing units was not a true reflection of what was on the ground as he believed lots of demographics had been left out.

“The figure should have been more than two million.

From the early 2000s up to now, we started from around 100,000 and now it is said to be two million but I think it is much higher because there are some demographics that have not been captured,” he stated.

He said this could pass as a crisis, stating that “imagine two million people don’t have houses to live in, which people are they?

They could start creating slums, jumping your walls and sleeping in your backyard so it is something that should not be taken lightly.

“We all have to look at the situation critically to appreciate how we can lower that figure, and we can do this by providing innovative solutions.

“Real estate developers have to start looking at different innovative ways to provide houses that come at lower costs. Affordable housing in Ghana is about US$35,000 to US$40, 000,” he noted.

“You don’t necessarily need a furnished house when you are starting,” he stated.

He pointed out that owning a property was very daunting and the first step to owning one should be a positive mindset.

“You first need a mindset that it is possible. You then have to look at it small portions. When you are thinking about property, you don’t think about your dream house right from the start.”

“You have to think small and start growing from there. It’s a ladder and you have to think about climbing it one step at a time and eventually you will end up at the top,” he said.

Ms Siaw-Misa said the housing deficit presented opportunities to real estate developers in the country, stating that “this is good news for me because as far as there is a need, there is an opportunity.”

She said the critical thing was to understand where the deficit was as it did not apply to the full spectrum of housing needs.

“In some markets in the country, you will realise there is actually an oversupply so it is necessary where this deficit is and who this deficit affects.”

“As a company, it is better to position yourself in a way to provide opportunities for the affected people to also climb the ladder,” she stated.

She said there was oversupply in the high end markets, as there were many housing units which had still not been bought.

This, she explained, had forced the prices of these units down or forced the owners to enhance the properties a bit more.

Ms Siaw-Misa also noted that everyone was desirous of a property but the prices of the property deterred lots of people.

She said there were so many components that contributed to the pricing of houses in the country, while some of the components were not just input costs.

“Sometimes the builders will have to borrow which adds to the finance cost due to the high interest rates.

“We therefore need to look at alternative ways of reducing the cost of building and some of the ways we can do that is by using locally produced materials, reducing plot sizes, and looking at how we view property.

“Government also has a role to play because interest rates are still very high,” she explained.