Media Olympics set for May 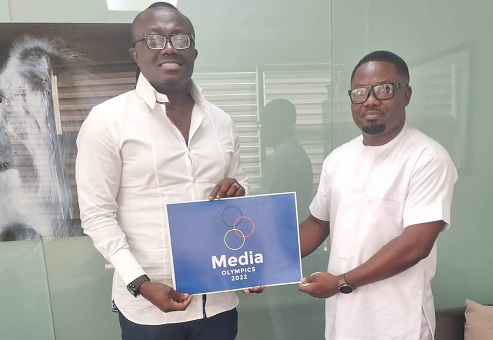 Ghana's media practitioners will be afforded the opportunity to pit their strength against each other in the various sporting disciplines when the maiden edition of the Media Olympics is staged next month.

The idea, according to organisers, is to offer journalists the platform to exercise while networking as well as to foster unity among practitioners under a competitive environment.

Speaking to the Daily Graphic about the event, Gilbert Boakye Nhyira, CEO of Planet One Multimedia mentioned football, sack race, oware and basketball as among some of the sporting events media personnel will be competing in.

One other main attraction of the games will be the CEO’s 100m walk which will give the managers an opportunity to walk to the finish line in record time at the El Wak Stadium.

He acknowledged the busy schedule of journalists as something that hinder their ability to engage in exercise-related activities and was confident this was a perfect opportunity for them to exercise.

The event which comes off on May 1 is opened to all media houses across the country with exciting prizes up for winners of each sporting discipline.

Mr Nhyira was hopeful of a successful event that will ensure that journalists will, for once, put away their pens, microphones and cameras to do a healthy battle that will help keep them healthy and in good shape.

He said he was looking forward to the games and encouraged all media houses to take advantage and be part of the games because the benefits were enormous to both the media house and their personnel.

He acknowledged the support of BetPawa who’s sponsorship for the games has ensured media personnel will exercise through sporting activities with support from the National Sports Authority.