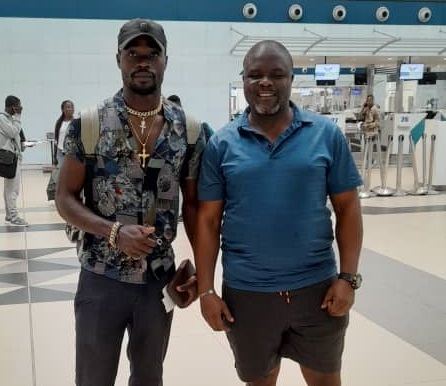 Junior Kaaba (left) on his way back to Cameroun
30.5k Shares

Accra Hearts of Oak have confirmed that it has parted ways with Camerounian forward Junior Kaaba following a mutual termination of contract.

The bulky striker joined the Phobians at the start of the season but has failed to leave up to expectation.

Kaaba exit the club after just four months into his three-year contract.

Hearts confirmed the Camerounian departure on their Twitter page and announced that the player had left the country.

The 23-year-old made only six appearances for Hearts without scoring a goal.