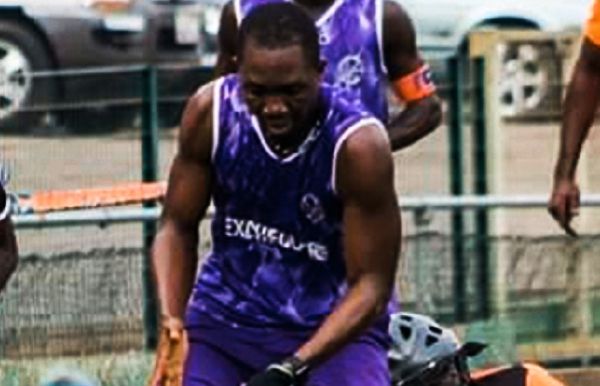 The Theodosia Okoh Hockey Stadium in Accra became the slaughter house for some hockey clubs last weekend when defending champions, Exchequers, and runners-up, Royal Men of Ghana Revenue Authority (GRA), mauled their opponents to prove that they were the teams to beat as the 2019 Sapholda Hockey League gathered momentum.

While GRA Men succeeded in taming Reformers Men with a 4-0 victory last Friday to declare their intention to wrest the title from Exchequers, the defending champions proved too strong for Legonites on Saturday as they went on the rampage with a cricket score of 7-0.

GRA’s hardworking striker, Nicholas Hanson, stole the show with a brace, while a goal each by Moses Isaac Kobina and skipper Ernest Opoku kept their opponents at bay, and Benjamin Kwofie of Exchequers became the cynosure of all eyes after hitting the back of Legonites’ net on five occasions to electrify the stadium.

Kwofie, who was a thorn in the flesh of the Legonites defence, opened the scoring a few minutes to end the first quarter and completed his goal haul in the third and fourth quarters to send a strong signal to the national team handlers. The other scorers for Exchequers were the Akaba brothers, Elikem and Elorm.

It was nimble-footed Elizabeth Opoku whose goal separated the two sides. The encounter between Reformers Ladies and Extinguishers Ladies ended 2-1 in favour of the former.

In the Youth division, Emmanuel Oluwa of Young Financiers propelled his side to overpower new entrants, Accra Academy Boys, in a 6-1 thriller.

Oluwa, who scored a hat-trick, opened his account in the third quarter and doubled the tally four minutes later with a field goal.

He completed his hat-trick a minute to full time.

The other scorers for Young Financiers were Ishmael Lartey, Abed Addison and Derrick Taylor.

The match between Tema Manhean and Ark Boys ended 2-2, while Citizens and Multistix shared the points after a 1-1 draw in a Masters game. Sapholda and NDK Financiers also drew 2-2.