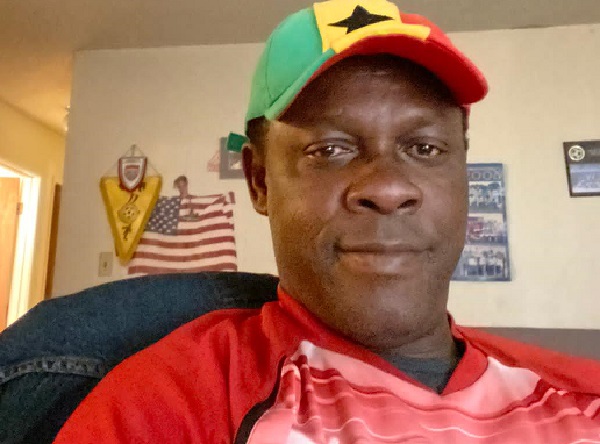 "I believe Ghana can achieve President Akufo-Addo's target of seeing the Black Stars reach the semi-finals and even making history by making it to the grand final in Qatar," the veteran coach told Graphic Sports in an interview last Saturday.

He described Ghana's group, comprising Portugal, Uruguay and Korea Republic as a favourable one for the Black Stars to sail through with the needed preparation.

"Ghana's group is a good group and if we prepare well we can make it to the next round and move on to make history this time around.

"I think the draw is one of the best groups for Ghana. I believe we can qualify from the group to the next stage," he emphasised.
According to him, the Black Stars stand a good chance of picking at least seven points out of the possible nine from Group H to advance to the second round.

Breaking down his prediction, Coach Sackey said though Portugal is a good and very disciplined side, Ghana had what it took to draw with them, at least.

"I can say Ghana can draw with them (Portugal). That is how I see it. I'm not afraid of Portugal because we know them very well and have played with them before."

"The next team I believe we can beat is Uruguay because we are prepared for them emotionally due to what they did to us at the South Africa FIFA 2010 World Cup.

"Ghanaians can never forget what Luis Suarez did to us by stopping the ball from entering the net with his hands to deny us the historic qualification to the semi-finals. I know all Ghanaians are upbeat by now and this is the time to show that we are better than Uruguay.

He also foresaw South Korea falling to Ghana despite being a disciplined and hardworking team. "They (Korea) have this martial arts mentality and fighting spirit inside them so it will be tough playing against them.

"But I remember we played them in a friendly prior to the Germany 2006 FIFA World Cup, so if we can prepare well and stay tactically disciplined we can beat them as well," he assured.

"So for me, what I see in this group is that we will draw one and win two to advance to the next stage. However, all that will depend on the Black Stars' preparation for the World Cup," he stated.

He, therefore, advised the GFA to put in place a dream team comprising a solid technical team, competent scouts and other auxiliary staff required in the campaign to ensure adequate preparations for the upcoming World Cup.

"The dream team must start preparing seriously on all fronts right away in readiness for the various stages of the competition, while competent scouts should also be deployed immediately to begin working on our group opponents and other participating teams.

"Preparation is key and I wish the Black Stars the best of luck in Qatar, come November-December," he insisted.

Being one of the three scouts who assisted Coach Ratomir Djokovic in Ghana's impressive maiden World Cup appearance at Germany 2006, Coach Sackey said he was ready to put his expertise at the disposal of the nation whenever the need arose.

He congratulated President Akufo-Addo for supporting the Black Stars to qualify for their fourth Mundial, while commending the GFA president, Kurt Edwin Simon Okraku, and the entire FA for the role they played in the qualification.

Coach Sackey also praised the Black Stars technical team led by Otto Addo, the Management Committee, playing body and Ghanaian fans for their hard work which ensured victory over Nigeria in the playoff.