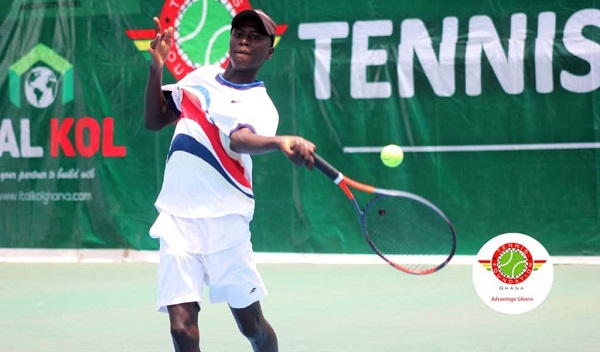 The tournament supervisor, Abubakari Yakubu Lea, exclusively told Daily Graphic yesterday that Kouame would be officially reported to the ITF for further sanctions.

“We have sacked him (Kouame) from the tournament and we don’t know his whereabouts now; he is likely to be deported,” he revealed further.

A video sighted by Daily Graphic saw the highly-rated Kouame giving his Ghanaian opponent a hot slap in the process of the mandatory handshake after losing to Ankrah.

Kouame, who is of an Ivorian descent, clutched to his opponent’s hand with his right hand and unleashed a hefty slap with his left hand on the right cheek of Ankrah to the amazement of the Ghanaian and the spectators.

The bizarre incident provoked some supporters of Ankrah who charged on the France-based dreadlocked player.
The tournament, which is being sponsored by Tennis Foundation Ghana, is under the auspices of the Ghana Tennis Federation (GTF).

In all, 83 players from 20 countries across the world are taking part in the two-week competition.
According to Mr Lea, winners of the Grade Five competition will be awarded 30 points, while first the runners-up get 15 points.