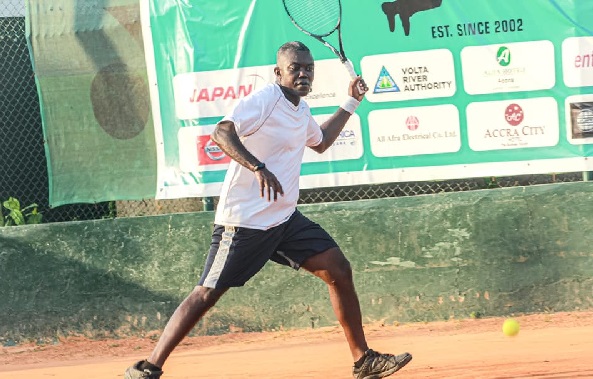 Sponsors of the just-ended Accra Seniors Open Tennis Championship, Enginmac Laser and CNC Technologies Limited, are keen on taking the tournament to a different level next year.

A Public Relations Officer (PRO) of the company, Frederick Zelu told Graphic Online that his outfit was keen on continuing its support for the tennis championship to help players to stay active.

“It is our wish as a company to help take the tournament to a whole next level because it has been in existence for two decades.

“We are confident that our support to this competition would go a long way to help players stay active especially when there are not many tennis tournaments for the year,” said Mr Zelu.

In a separate interview, Thomas Duah, president of the Ghana Tennis Federation (GTF), described the tournament as one of the lasting championships on the sport’s calendar having been in existence for 20 years.

Mr Duah was full of praise for Enginmac Laser and CNC Technologies Limited for deciding to invest in tennis despite having so many options to put their money.

“I have been playing in this tournament for God knows how long and it has grown to become one of the finest championships on our calendar,” he noted.