CHAN will help us showcase talent—Awako 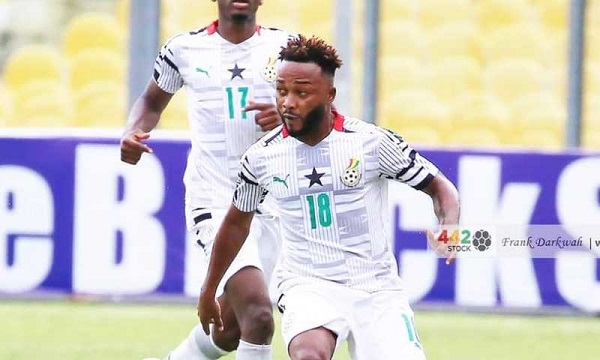 Black Galaxies skipper, Gladson Awako, has praised the organisers of the Championship of Africa Nations (CHAN) competition as it would offer local players the opportunity to showcase their talent.

The 33-year-old Hearts of Oak midfielder believes the CHAN platform is very significant for the African players to display their talent.

Awako, who spoke to the Ghanafa.org, expressed Ghana’s readiness for the competition and believed the Black Galaxies were ready to exorcise the ghost that had haunted them in the competition in the past.

“It is a big competition and an opportunity for players in the local leagues to exhibit what we can do.

“It will help players on the African continent to exhibit our talents to the world and I believe we are fortunate to be at this tournament”, he said.

He admitted that the team was ready to take the continent by storm and said their pre-tournament preparation had put them in a better shape to take up the challenging task ahead.

“We are very confident and looking at the camp, the boys are all in good shape.  The pre-tournament preparations and the friendlies have really helped us”, he noted.

According to Awako, if they are able to build on from what they did during their pre-tournament preparation then the sky will be the limit and they could be returning home with the trophy.

“If we are to carry the same momentum into the tournament, we will be successful. We are ready as a team”, Awako said.