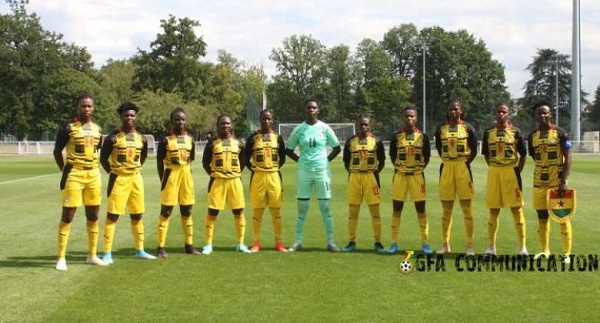 Ghana’s Black Princesses commence their fifth campaign at the FIFA U-20 Women’s World Cup in Costa Rica on Thursday with a difficult task of breaking the jinx of failing to progress beyond the group stages in their previous appearances.

The Ghanaians are pooled in a group that include giants USA, the Netherlands and Japan but are hoping their story will change this time even as they open their campaign against record champions, USA.

After the USA game, the Princesses will play against Japan on August 14 and wrap up the group campaign against the Netherlands on August 17.

This is the fourth time USA and Ghana will be facing off in an opening game and in the previous times, the Americans won once and drew twice. Their first meeting in 2010 ended in a 1-1 draw and their last clash in 2016 also ended in a 1-1.

It is those results that Ghana’s head coach, Ben Fokuo, hopes the Princesses will draw inspiration from to get their campaign off to a good start, and hopefully break the jinx of crashing out at the group stage.

In preparing his team for this competition, Coach Fokuo has cast his net wide and called on every eligible Ghanaian who he finds fit for the task ahead to justify their inclusion.

After months of preparation, he has settled on 21 players, some foreign-based who will be playing for Ghana for the first time, to bear that huge responsibility of carrying the nation’s hope as they navigate a rather difficult group which has two former champions – USA and Japan and one of the best sides in Europe at the moment.

On Wednesday, the competition kicks off with two groups campaign, Groups A and B beginning the quest for honours.
O

f the 16 teams assembled in Costa Rica for the two-week tournament, USA, Germany and Japan are former winners, with other participants regular attendants whose have at least reached the quarter-finals. For Ghana and a few others, advancing to the knockout stages will be a successful campaign.

In Group B, Germany will play Colombia with New Zealand facing Mexico.

On Thursday, Groups C and D will have their turn with France and Nigeria squaring off while Canada take on South Korea in the other game.
In selecting his team, Coach Fokuo relied on players who have the experience and exposure, most of them having been graduates from the under-17 side, Black Maidens, who reached the quarter-finals at the 2018 U-17 Women’s World Cup.

However, he admits the U-20 level is different but has a strategy to survive the group and realise his personal dream of being the first to lead a Princesses side to progress in the competition.

Despite being four times champions, USA have often been a topsy-turvy side in this age competition and could be contained if the opposing team get the tactics and strategy right.

With experienced players such as Mukarama Abdulai, Evelyn Badu, among others, the Princesses will have no problem daring to score goals. However, they need a tight defence capable of dealing with the swift American attackers in the opening game whose result will be crucial to Ghana’s campaign.