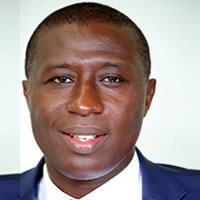 More than 30 football teams are currently taking part in a five-day gala competition in honour of the Chief Imam, Sheikh Dr Nuhu Sharabutu, and drum support for the Member of Parliament for Okaikwei Central Constituency, Patrick Yaw Boamah.

The competition, which began yesterday at the newly constructed astro turf, was officially kick-started by the chief Imam.
Mr Oliver Boamah, the NPP Youth Organiser of the Okaikwei Central Constituency, told the Graphic Sports Online that the tournament was to bring the youth together for a common cause.

He noted that many youth in the constituency have talents and the NPP was ready to harness such talents for the nation.
“The MP for the area, Mr Patrick Yaw Boamah, is focused on providing jobs for the teeming youth in the area and identifying talents in any sporting discipline, to harness for the national cause,” he stated.

He called on the youth to throw their weight behind the President and vote for him come December 7 and also vote for the MP, Mr Patrick Yaw Boamah, to continue with his work.