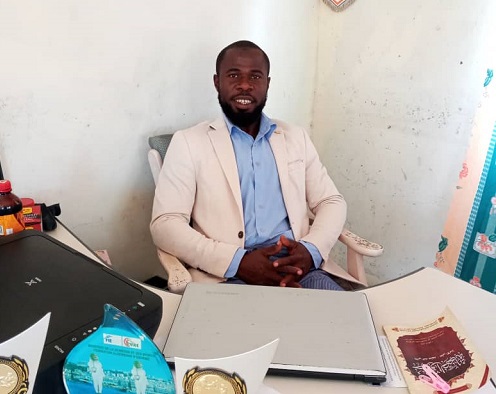 The young dynamic sports administrator is coming up against veteran sports journalist Charles Osei Asibey for the position of third vice president of the GOC in the upcoming GOC elections scheduled for March 15 in Accra.

“I am more purposeful towards seeing the regular organisation of sporting events across the country and will liaise with the president-elect and vice-president elect to organise a biennial sports competition in the country,” he told the GraphicSportsOnline.com in an exclusive interview yesterday.

He contended that such an event would engender more sporting fervour in the country and aside promoting sports would serve as a platform for the youth to engage in sports while good talents were selected, groomed and harnessed for the national cause.

“Fencing is new in Ghana but it is an interesting and versatile sport. When many Ghanaian youth get to know, understand and appreciate how it is played, it will create jobs for the youth and revenue for the government,” he told the GraphicSportsOnline.

Mr Mahadi appealed to the delegates to make the right choice and vote for him since he understands fully well the work of the GOC and has been at the thick of things in the affairs of the GOC.

He emphasised that it would be a grave mistake should the delegates make a different choice since it would not augur well for the GOC.

He further appealed to corporate bodies to help promote fencing in schools and colleges as well as the universities.