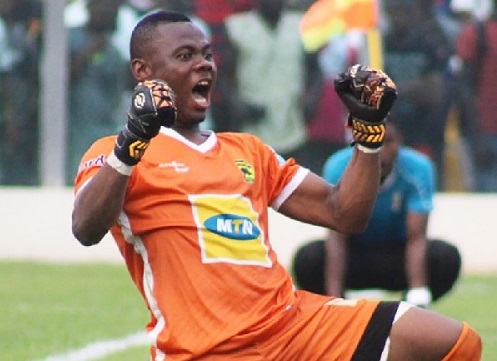 Black Satellites shot stopper, Danlad Ibrahim, has been named as the best goalkeeper for the 2021 CAF Under-20 Africa Cup of Nations tournament at Mauritania.

The ex-Black Starlets goalkeeper was influential in the post for the Black Satellites conceding just three goals in the tournament.

The agile Asante Kotoko goalie caught the eye of the tournament’s Technical Study Group (TSG) who picked him following his heroics in the tournament that led to Ghana beating Uganda 2-0 to be crowned champions for the fourth time on Saturday.

His contribution to Ghana’s victory includes saving a penalty during the team’s quarter final game against Cameroun to help them pick a semifinal slot.

Goalkeeper Ibrahim’s contribution at the tournament notwithstanding, he has been pushed down the perking order at Asante Kotoko by Black Stars goalie, Razak Abalora and club skipper, Felix Annan.