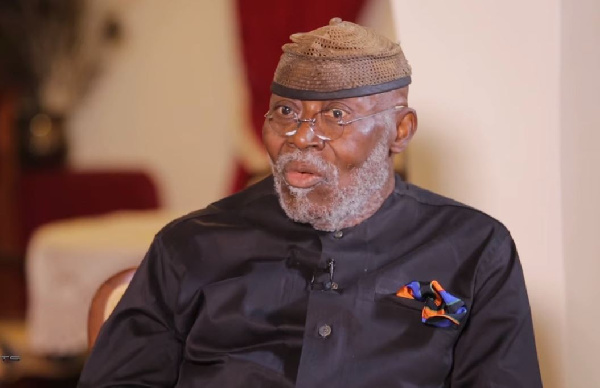 EVEN before they know their opponents in this year’s CAF Champions League, Accra Hearts of Oak, have set an ambitious target of winning the continental competition next season.

The club won the ticket to represent Ghana in Africa’s most prestigious competition after they were crowned champions of the domestic league last Saturday at Sogakope.

Speaking to the Graphic Sports in an exclusive interview yesterday, a Board Member of the club, Dr Nyaho Nyaho-Tamakloe, reaffirmed Hearts’ determination to conquer Africa once again.

“We have done it before so it’s not something new to us. In fact, under the leadership of Nii Noi Thompson years back, we got close on two or three occasions. We played a match here in Ghana that shook everybody; it was called the Miracle of El-Wak,” he recalled.

He explained that like any other club, Hearts’ ambition was to restore their lost glory on the international stage and would look at areas where the team lacked quality and beef it up. But he maintained that the current players who had helped the club to this stage must all be part of the continental campaign.

“We have the ability and we are definitely going to participate. Every club all over the world, when you win the league you restructure the team and fine-tune certain sectors where you have to bring in players from with more experienced clubs,” he explained.

The former GFA boss said they understood the situation and were ready to do everything possible, including the recruitment of experienced players, to augment the squad to replicate the late Jones Attuquayefio’s success story two decades ago.

“We shall do everything possible to get a team that will be able to play and win the cup as we did back in the days of Jones Attuquayefio.

“The target is to win it. We had a similar situation when late Jones Attuquayefio came in; there were few shortfalls but the target was to win it and we encouraged him and we won the cup,” he said.

Dr Nyaho-Tamakloe said in the same way they supported Attuquayefio to win, they would offer Coach Samuel Boadu the needed support to ensure he brought the cup home because their “aim is to go there and win.”

He, however, admitted that the current crop of players were good enough to represent the club at the continental level, insisting that they would not have ventured into the competition if they thought the players were not good enough.

“If we don’t think we have the team that can do it we won’t even make the move at all. But we believe strongly we can do it. We have done it before on two occasions and we came that close to second position and finally under Attuquayefio, we won it.

“Here we are once again and history is trying to repeat itself. We’ve gone through a lot of hardship and difficulties; we’ve got to this level and we know we can definitely do it so we shall go,” he assured.

The veteran football administrator also stated that the Phobians were financially prepared but would still welcome government support to enable them represent the country adequately.