Samuel Boadu: Hearts of Oak are ready to make impact in Africa 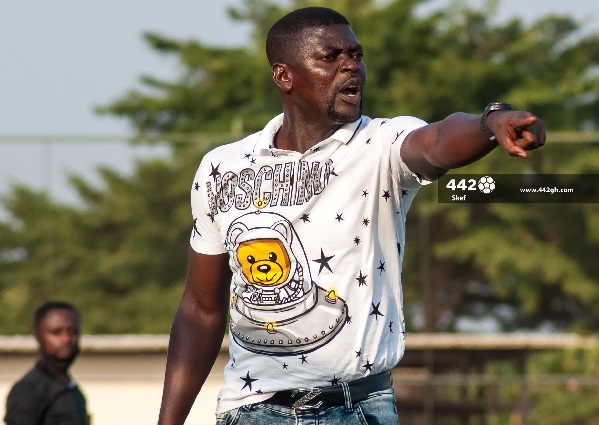 Accra Hearts of Oak head coach, Samuel Boadu, believes his team has what it takes to make a significant impact in next season’s CAF Champions League after winning the 2020/2021 Ghana Premier League.

The elated coach gave an assurance that his outfit would prepare adequately to enable them to make an indelible mark on their continental campaign.

Hearts will return to Africa’s elite competition for the first time in over a decade after annexing the club’s 21st league title.

Ahead of their participation, the club is expected to be revamped to enable them to perform well like their predecessors.

In an interview with the Graphic Sports, Coach Boadu said he believed his team had what it took to conquer Africa with the right preparation.

The former Medeama coach, however, revealed that he was yet to decide on which areas to improve ahead of his maiden African campaign.

“We are a young team with a lot of quality and that will really help us in our African campaign. This is going to be my first time in such a competition and I know most of the players too are going to play in Africa for the first time, but we are determined to leave a mark,” Coach Boadu emphasised.

Talking about the current form of Hearts, the young tactician noted that his relationship with the players had brought unity among the playing body.

Coach Boadu said he allowed the players to open up to him, which turned out to be the game changer after taking over the club.

“I don’t see them as my subordinates because I relate with them like my brothers and that has really helped us. I allow them to open up to me about anything and that allows them to take part in making decisions,” Coach Boadu disclosed further.