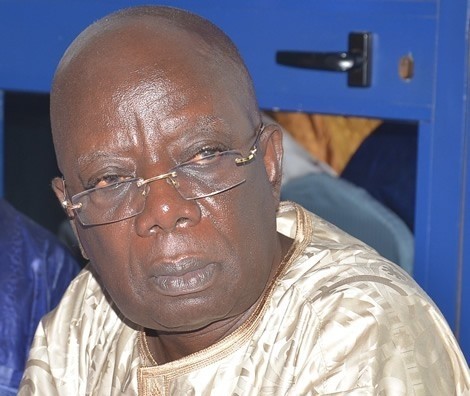 Mr Mpiani was speaking in a radio interview with Accra based Citi FM which was monitored by Graphic Online, Tuesday evening [April 26, 2022].

He was reacting to an earlier interview by Nana Akomea on the same platform where he [Akomea] proposed a Bawumia-Alan ticket, which he said was the sure way for the NPP to go into Election 2024.

But reacting, Mr Kwadwo Mpiani said it will be "a very difficult thing to do."

"If the two of them don't even get on well, though, we are all in the same party..., [same] ideology, the philosophy of the party, but that doesn't mean that the two of us [them] can really work together as the president and the vice-president," he said.

Mr Mpiani said he thinks the party should allow the contest [presidential primary] to happen.

"Because we belong to the same party and we are contesting for a same position, does not mean that I will want to be your vice, it doesn't work that way. It can work, it may work, but I think it is a difficult proposition, that's the way I see it," Mr Mpiani said in the Citi FM interview.

Nana Akomea, a former member of parliament and a leading communications member of the governing NPP had in the interview with Citi FM suggested that a Bawumia-Alan ticket is the sure way for the NPP to go into Election 2024.

He said it was clear that Vice President Dr Mahamudu Bawumia and the Trade and Industry Minister, Alan Kwadwo Kyerematen are the two frontrunners to succeed President Nana Addo Dankwa Akufo-Addo.

Nana Akomea, himself a former Communications Director of the NPP therefore called for consensus-building within the party for the frontrunners to be allowed to lead the party for 2024.

In the interview, Nana Akomea did not specify which one of them should lead and who should be the running mate.

"Now in all the previous primaries, the two frontrunners, did not satisfy the north/south divide, [Prof] Adu Boahen and [former President J.A.] Kufuor."

"I will want a certain consensus to be built within the party to have the two of them running together. It will save us an acrimonious..., and in all, the party [rules] provides [that] the primaries should be in an election year when we are in office, so it is going to avoid an acrimonious primary which the party may not recover fully from."

Nana Akomea who is the Managing Director of Intercity STC Coaches Limited called on the election committee of the NPP to ensure that the violence that characterized the polling station level elections of the party does not repeat itself in the constituency elections beginning April 28, 2022.

"The NPP primaries, so far, we can do better, we haven't finished, we can. We've seen quite some significant problems at the polling station level, so we could've done better. We also have other elections coming up... so far, we could've done better and I'm hoping that those in charge have taken notice of the difficulties and ensure that these difficulties are minimised.