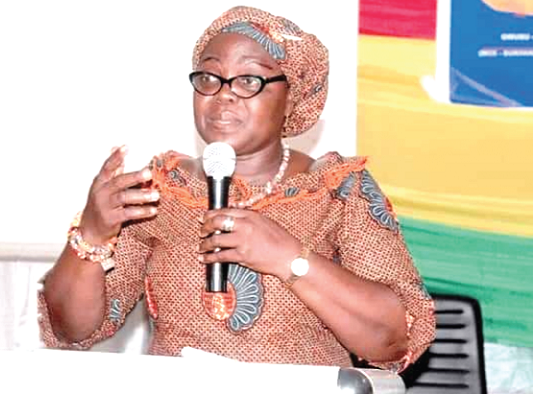 Resident in the Sunyani Municipality have welcomed the nomination of Mrs Justina Owusu-Banahene as the Bono Regional Minister-designate, describing her as a woman of substance who has leadership skills to lead the chiefs and people of the region.

They expressed their appreciation to the President for nominating Mrs Owusu-Banahene, who is the current Municipal Chief Executive (MCE) for Sunyani, to lead the region.

"This is a welcome news," the Bono Youth Forum said in a release.

The release signed by the Convener of the forum, Mr Henry Osei-Karikari and Secretary, Mr Gabriel Korang-Ababio, said the nomination of Mrs Owusu-Banahene was "a promise of a new dawn in the political fortunes, social development initiatives and development of our dear Bono Region".

While wishing the nominee the best in her new role, the forum expressed the hope that under her leadership, wisdom and guidance, the Bono Region would strive to achieve greater heights.

Meanwhile, workers of the Sunyani Municipal Assembly as well as residents in the municipality have welcomed the nomination of Mrs Owusu-Banahene as the Bono Regional Minister-designate.

According to them, they received the news with surprise as they never anticipated her elevation to such a high office.

In random interviews with the Daily Graphic, the residents urged the nominee to work hard, when her nomination was approved by Parliament, to justify the confidence reposed in her by ensuring that the region gets its fair share of the national cake.

If Parliament approves her nomination, she will again succeed Mrs Kumi-Richardson as a second female regional minister.

Mrs Owusu-Banahene hails from Atronie, a farming community in the Sunyani Municipality and was a tutor at the Berekum College of Education before her appointment as the MCE for Sunyani.

The residents, particularly the assembly workers, could not hide their joy at the elevation of Mrs Owusu-Banahene during the interaction.

A retired teacher, Mr Henry Kofi Yeboah, told the Daily Graphic that the President's nomination of another female showed his confidence and trust in women in the region.

He described the nominee as a woman of substance, who had leadership skills.

An assembly worker who was only identified as Asamoah advised Mrs Owusu-Banahene to use the opportunity given to her to build her political career.

"I have worked closely with her and I know she can deliver as a regional minister when given the nod," he stated.

"Yes, I'm really excited for her elevation because she is a good woman, she cares and respects other people’s views at assembly meetings irrespective of your position at the assembly", he explained.