Profile: Who is Ramseyer Ahmed Agyeman-Prempeh 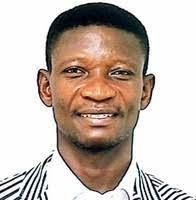 One of the contenders for the position of General Secretary of the New Patriotic Party (NPP), Ramseyer Ahmed Agyeman-Prempeh, has promised to make himself available to handle the day-to-day administration at the party’s headquarters.

That, he said, would help address the concerns of members of the party and bridge the gap between the party hierarchy and its members to ensure that policy formulation and implementation did not suffer administrative lapses.

Such organisational agenda, he said, would facilitate the agenda of the party to break the ‘8’-year governance cycle.

In an interview with the Daily Graphic, Mr Agyeman-Prempeh, who is contesting for the position for the third, said he intended to embark on a vigorous party reconciliation programme to address voter apathy before the 2024 general election.

“This Reconciliation Agenda will offer all aggrieved NPP members and sympathisers the opportunity to be heard and address their grievances.

I shall make the office of the General Secretary accessible to all stakeholders. I shall also stay in the office regularly to perform administrative duties and execute the constitutional mandate of the general secretary,” he stated.

Aside from that, he said he would empower the special wings of the party, including sourcing scholarships for students, the youth wing and entrepreneurial capital for the women's wing; increasing the voting rights of TESCON executives, boosting the membership drive of the external or diaspora branches of our great NPP,” he stated.

Mr Agyeman-Prempeh said he would also facilitate the establishment of the Dombo-Danquah-Busia Institute for Good Governance to consolidate the UP Tradition's Legacy of Democracy and good governance.

As a former constituency chairman and polling station executive, he said he was equipped with the expertise to function effectively and efficiently as the next general secretary of the NPP.

The former teacher also assured delegates of his humility to serve the party with the fear of God to deliver on the mandate of the party and grassroots.

Mr Agyeman-Prempeh said the performance of the NPP government would make it win Election 2024 by virtue of its overall performance in promoting good governance and accelerated socio-economic development of Ghana since the inauguration of President Nana Addo Dankwa Akufo-Addo in 2017.

He cited the Free Senior High School (Free SHS) policy; the School Feeding Programme; the 'One District; One Factory' that led to unprecedented growth in the number of manufacturing companies and vehicle assembly plants in Ghana since 2017; the Planting for Food and Jobs Programme, among other projects.

“In short, the NPP deserves another term or deserves to 'break the eight' due to its policy interventions in education, agriculture, Health, Commerce, Transport And Communications And Political Governance of Ghana since 2017,” he said.

On forming a new administration in 2025, Mr Agyeman-Prempeh said the party needed to “rethink its economic or fiscal policy and prioritise the reduction of inflation, stabilisation of the cedi and reduce profligate expenditure in order to reduce budget deficit and achieve debt or fiscal sustainability.”

He said the national elections offered a unique opportunity for delegates to elect officers who appreciated the party’s agenda to implement and win the 2024 general election to scrutinise the background and competence of all nominees for various leadership positions at the national level.

Mr Agyeman-Prempeh, who is currently pursuing his PhD at the Ghana Institute of Management and Public Administration (GIMPA), said he would assemble human and logistical resources to increase the NPP's presidential and parliamentary votes to win the 2024 general election to break the eight-year governance cycle in Ghana.

“I will empower and motivate regional and constituency executives, electoral area coordinators and polling station executives to embark on membership drive to increase floating voters for the NPP. Elections are won with numbers!” he stated.

Should he become the General Secretary, he intends to search for the opportunities for members of the party and ensure that job opportunities are equitably distributed among the 275 constituencies in the 16 regions.”

Aside from that, he said his administration would provide entrepreneurial and vocational skills training to equip people with employable skills for the job market.

He said the youth wing would also be given special attention in job opportunities.

He gave an assurance that all aggrieved members of the party would be brought back under his reconciliation agenda.