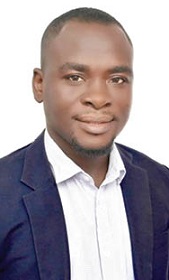 The Progressive People’s Party (PPP) has appealed to the electorate to massively vote for the party in the 2024 general election to offer it the opportunity to implement its progressive and human-centred policies for the betterment of the country as it celebrates 10 years of its formation.

“We have advocated for the amendments of key constitutional provisions affecting our governance system in Ghana such as the election of Metropolitan, Municipal and District Chief Executives; separation of Attorney General’s Department from the Minister of Justice; Free, Compulsory, Universal Basic Education with a goal of not leaving any Ghanaian child of school age at home,” it said.

The party also mentioned some of the policies it would pursue when given the mandate to govern the country by the people as the establishment of an effective and efficient pension scheme for workers and a living wage to better their economic conditions.

It said it would also support local businesses, create jobs through industrialisation using the rich natural resources of the country and pursue a universal health care system and vigorous infrastructural development.

“These and many others will we offer Ghanaians when we are given the mandate to form a government,” the party said.

In an interview with the Daily Graphic, the PPP Communications Director, Emmanuel Felix Kofi Mantey, said it was time for Ghanaians to give the party the opportunity to manage the affairs of the country for the betterment of all.

“We ask Ghanaians to give us the opportunity to lead in the management of the affairs of the country for a better nation in the coming elections,” he stated.

Announcing the programme of activities lined up to mark the 10th anniversary of the formation of the party, Mr Mantey called on Ghanaians to vote massively for the party in the 2024 elections to form the next government.

He said the anniversary celebration, which was on the theme, “10 years of progressive focus to bring change in Ghana’s democratic governance — the way forward”, would bring together all supporters to commemorate the achievements of the party since its inception in 2012.

Mr Martey said the celebration would be characterised by various activities taking place in all regions and would be climaxed on October 1, 2022, at the Nana Kobina Gyan Square in Elmina in the Central Region.

“The party is looking forward to bringing together all Progressive supporters from across the length and breadth of the country and our diasporan branches,” he said.

PPP received its provisional licence in February 2012 and substantive licence in March 2012 from the Electoral Commission and has since then participated in three consecutive elections, the statement said.

The party has advocated the amendments of key constitutional provisions affecting the governance system in the country.