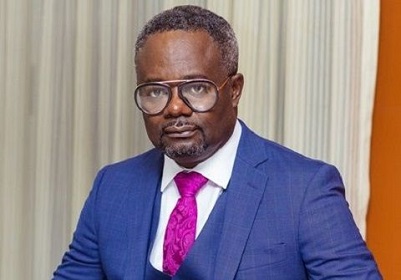 The Liberal Party of Ghana (LPG) has commenced a nationwide membership mobilisation to position the party as the best alternative to break the duopoly of the New Patriotic Party (NPP) and the National Democratic Congress (NDC) to win the 2024 polls.

The move is also to ensure that the party structures are put in readiness to spread the news about the party’s policies and programmes to bring the country out of the current economic hardships.

The Founder and 2020 Presidential Candidate of LPG, Percival Kofi Akpaloo, who was speaking after the first tour of some regions, noted that Ghanaians had had enough of the NPP and the NDC and had come to the conclusion that their best bet was the LPG.

He said the party decided after the 2020 polls not to wait till the election year before embarking on a nationwide campaign and restructuring to ensure that the party structures were activated and sustained.

He noted that while the team was moving from one place to the other, it was also putting in place strategies to ensure that it would be able to have officers for various communities, polling stations, constituencies and regions before holding internal elections for national leaders.

“We are overwhelmed by the reception and enthusiasm of Ghanaians when they see the remobilisation team. Our messages resonate with them and we are convinced that with a little hard work, Ghanaians will give us the mandate to implement our policies and programmes,” he added.

Mr Akpaloo said there was every indication that the ordinary Ghanaian was looking for an alternative, adding that they had also realised that the LPG’s policies were the best to liberate their potential and make the current economic situation a thing of the past.

He said because Ghanaians were desperate for a change and considered the LPG as the best alternative, the party would work assiduously to ensure that the LPG message was sustained throughout the country.

He indicated the party’s policy of building 1.2 million housing units meant to offer affordable housing while increasing investment and employment in the housing industry.

He also said increased investment in sports, skills training and agriculture would be implemented.

He added that the LPG had the best blueprint to address the carnage on the country’s roads, improve public transport and make energy affordable and reliable to boost economic activities and engender economic progress.

Touching on the issue of using the Ghana Card as the only source document for the continuous registration of voters, Mr Akpaloo welcomed the suggestion by the Electoral Commission (EC), noting that the era of putting together voters register after every election must cease.

He said he agreed with the position that the various laws enacted for the registration and use of the Ghana Card spoke of using it for voter registration, among others, because the card had proven to be a reliable document.

He, therefore, called for measures to expedite action to ensure that those who had registered and not received their cards were sorted out while more avenues were created for others, especially those who had attained 18 years, to get their cards without any hindrances.