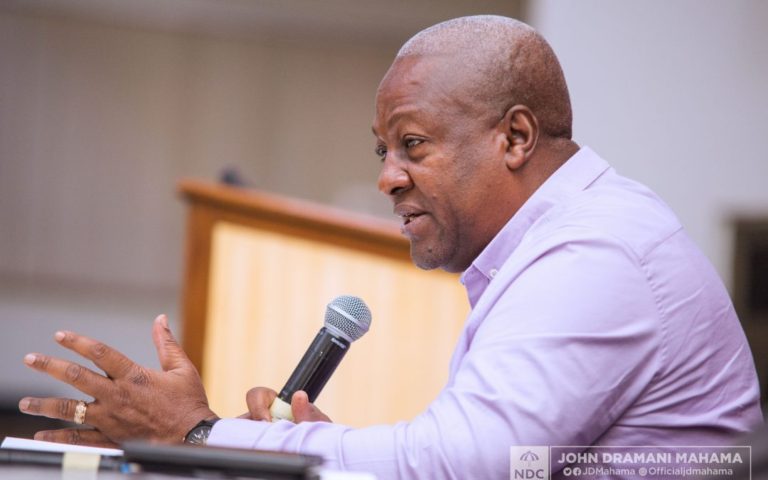 The office of the former President John Dramani Mahama has denied claims that he took GH¢14 million as ex-gratia payment in 2013.

“President Mahama never took any such ex-gratia payment of GH¢14 million in 2013 or at any other time during his 25 years of service”, a statement issued by the Special Aide to the former President, Joyce Bawah Mogtari said.

The office was responding to the Bono Regional Chairman of the New Patriotic Party (NPP), Kwame Baffoe, popularly known as Abronye DC’s allegations.

“We urge the public to ignore the unintelligent rants of the said Kwame Baffoe who has gained notoriety for fabricating and propagating falsehood on behalf of Nana Akufo–Addo against John Mahama. His claims are false. It will be surprising if any such payment had been made to the former President and has not been reflected in any of the numerous Auditor General’s reports presented to Parliament since 2013,” the statement said. 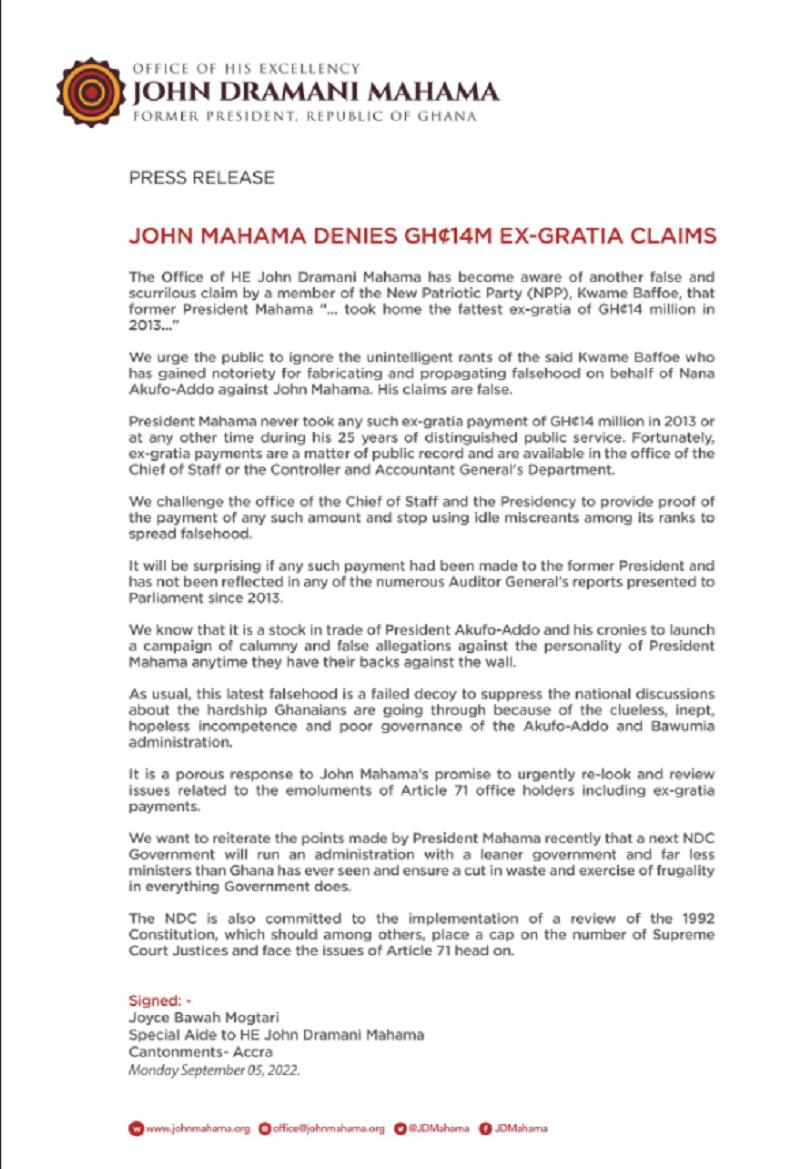