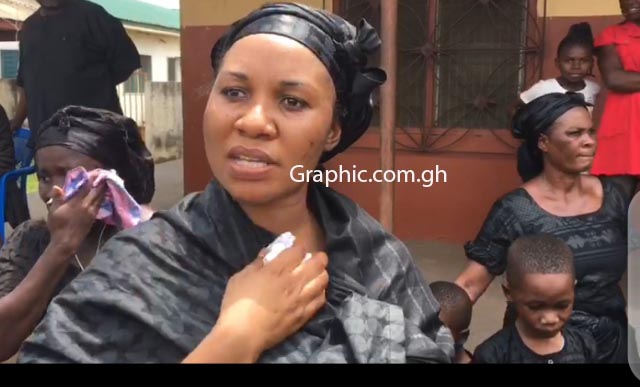 Sarah Hayford, who says she was married to the late MP and has two children with him was at Mankessim Thursday for the one week observation after the killing of the MP last Friday.. PHOTOS BY SHIRLEY ASIEDU-ADDO
30.5k Shares

A second wife of the late Member of Parliament (MP) for Mfantseman, Ekow Kwansah Hayford has expressed concern about how the family has neglected her after the death of the husband.

Sarah Hayford, who says she was married to the late MP and has two children with him was at Mankessim Thursday for the one week observance after the killing of the MP last Friday.

Sarah said she was not happy that the family had failed to acknowledge her as a wife even though they knew she was married to Ekow and they were living in Tarkwa in the Western Region.

She said the mother of Ekow had always known about her and her two children, aged seven and five.

She added that all she was looking for was an acknowledgement and nothing more.

PHOTO: Lydia Seyram Alhassan, MP for Ayawaso-West-Wuogon in a warm embrace with the first wife of the deceased Mfantseman MP, Ophelia at the one week observance

Sarah in an earlier radio interview with Accra based Kasapa FM explained she met the late Ekow in 2009, and Ekow told her he had no wife at the time as he was divorced, hence his courage to meet her family to ask for her hand in marriage.

She said they got married on June 8, 2013 at a public event that saw them signing their marriage documents at the court and have since been living with the late MP at Tarkwa.

“At the time Ophelia called me, I had been married to Ekow for the past three years and living with him at Tarkwa. Feeling very shocked, I called my husband and asked him who Ophelia was? He told me to ignore her whenever she calls me and I told him he needed to explain things to me because the woman keeps sending me text messages. It emerged that he had not officially divorced his first wife as he indicated but he couldn’t tell me the truth, the reason why I agreed to marry him. I asked what was the way forward and my late husband told me that he’ll sort out the issue and so I was waiting for his action. But since then I never heard from anyone including his first wife. I’ve been staying with him at Tarkwa and he visits his mother occasionally on weekends being the only child," Sarah narrated to Kasapa FM.

“When the matter came up I went to see his mother for a discussion and she told me to hold my peace and that the issue has already happened. It is true that her son is already married and has married me as well. All the family members know and accept that Ekow has two wives and so I shouldn’t be worried. This is what his mother told me,” Sarah added in the radio interview.

PHOTO: The first wife, Ophelia Hayford surrounded by family members at the one week observation. PHOTOS BY SHIRLEY ASIEDU-ADDO

Graphic Online's Central Regional correspondent, Shirley Asiedu-Addo reported from Mankessim that the family of the late MP were joined Thursday by hundreds from all circles for the one week observation.

The mourners, clad mostly in black and red wailed and mourned the late Ekow and narrated his good works. 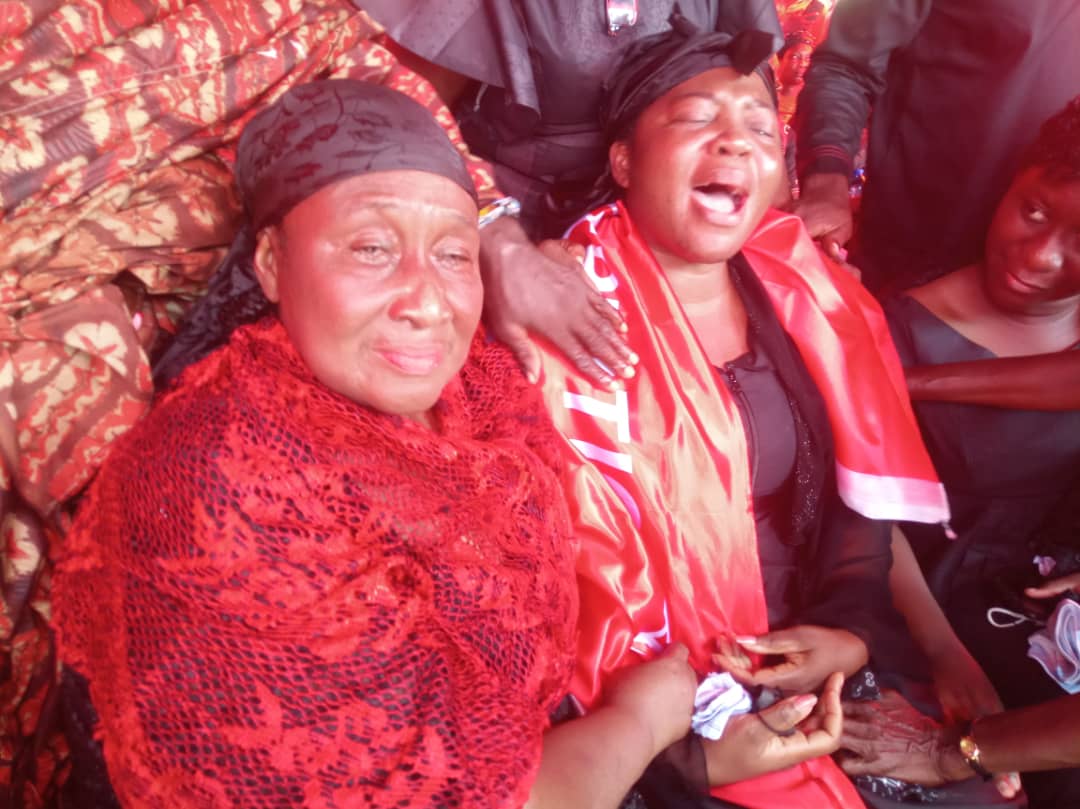 The family announced that as part of the funeral arrangements, the body would be laid to rest on November 28, 2020 with the entire funeral starting from November 27 and ending on November 29..

Those who were with the Vice President included the National Chairman of the NPP, Mr Freddie Blay, General Secretary, Mr John Boadu, the Minister of Trade and Industry, Mr Alan Keyerematen, the Central Regional Minister, Mr Kwamena Duncan and other dignataries.

The leadership of Parliament led by the Speaker, Professor Mike Oquaye were also in Mankessim for the one week.

PHOTO: John Boadu speaking at the one week observation: PHOTOS BY SHIRLEY ASIEDU-ADDO

The flagbearer of the opposition National Democratic Congress (NDC), Mr John Dramani Mahama, who is on a campaign tour of the Central region called on the family as part of the one week observation.

He used the occasion to call for more tighter security in Ghana.

The General Secretary of the NPP, Mr John Boadu expressed the condolences of the presidency and the party to the family, saying, it was a tragic loss.

He called on the police adminstration to expedite investigations into the incident to help bring the perpetrators of the heinous crime to book.

He observed that the happenings in the constituency since the gruesome killing of the MP till now showed how dear the MP was to his constituents and the relationship he had with them.

He said the donations by the various Senior High Schools also showed the realationship of the MP with the various institutions and gave the assurance that the government would support the successor of the late MP to complete all projects of the MP which he noted was geared towards the socio-economic advancement of the area.

He used the occasion to appeal to residents and all Ghanaians to provide credible information that would lead to the arrest of the perpetrators.

The Omanhen of Mankessim, Osagyefo Amanfo Edu said the MP was precious to the his community adding that the constituency has lost a vibrant personality who was instrumental in the construction of the Mankessim market.

He eulogized the late MP's works and said he supported the traditional council in diverse ways including their council meetings. 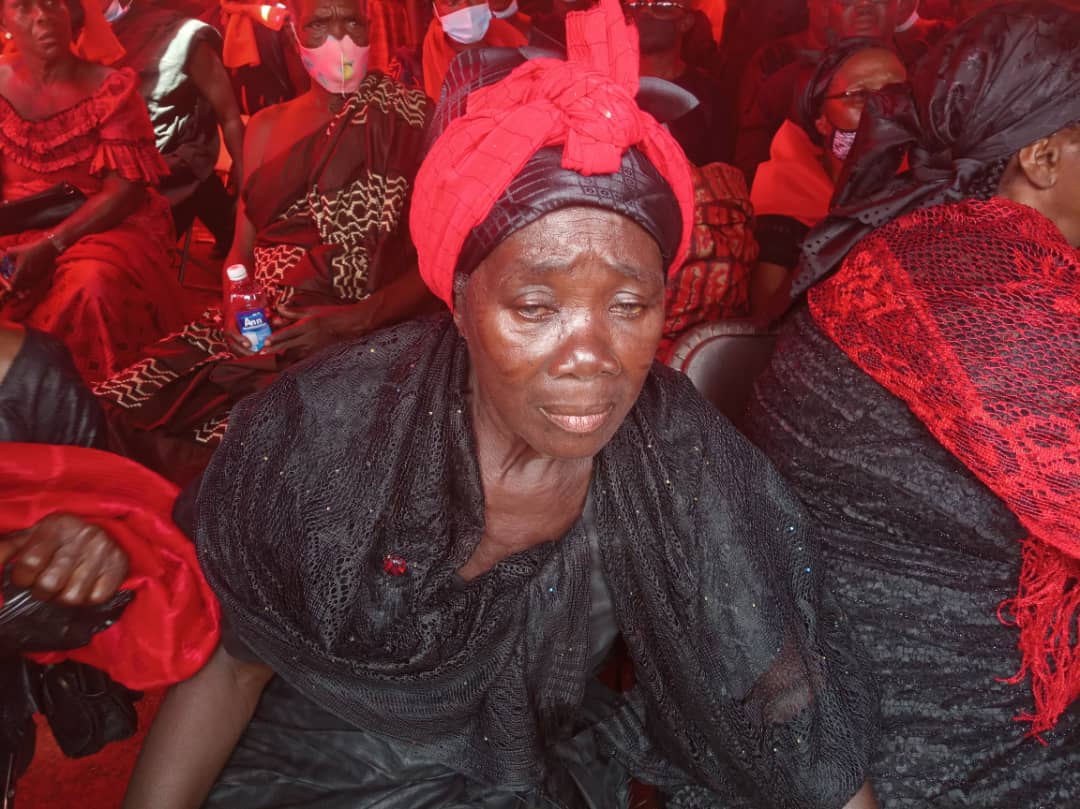 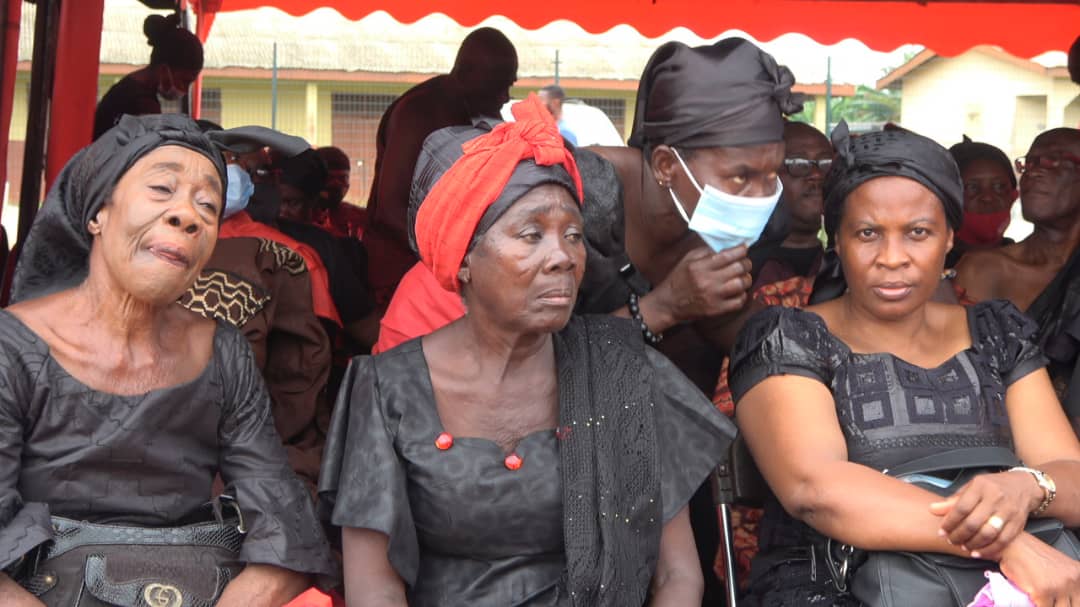