John Mahama on the move in Ashanti [VIDEOS] 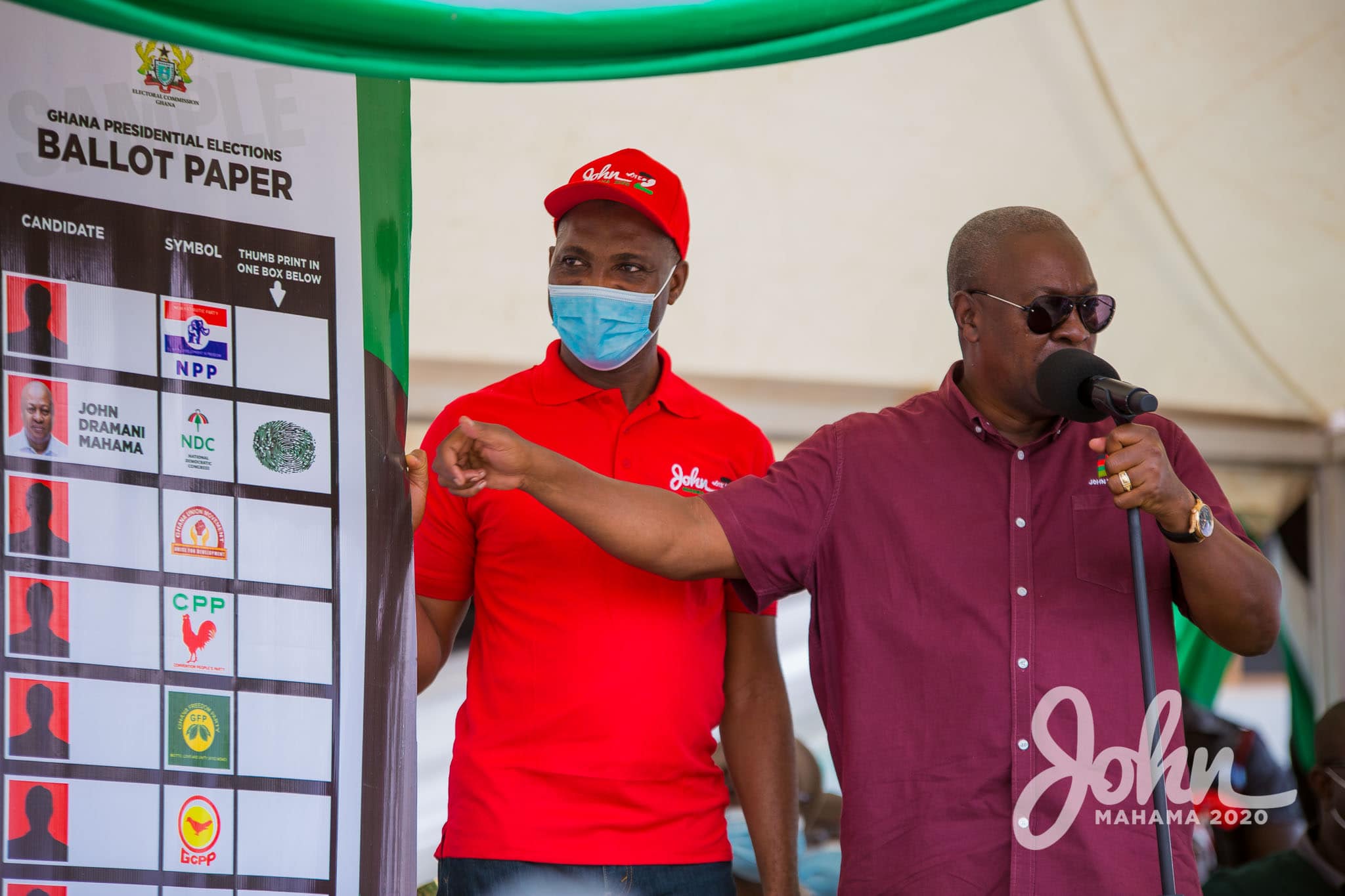 With 15 days to the December 7 general election, the front runners, the New Patriotic Party (NPP) and the National Democratic Congress (NDC), as well as the other candidates, have returned to the campaign grounds, criss-crossing the country canvassing for votes.

Some of the political parties, including the NPP and the NDC, suspended their campaigns following the death of former President Jerry John Rawlings on November 12, 2020.0

But with barely two weeks to the elections, the political parties and candidates will have to maximise the days and time to reach out to the electorate and convince them to vote for them.

With his eyes set on clawing back the power he lost in 2016 after one term in office, the NDC presidential candidate, Mr John Dramani Mahama, has also returned to the Ashanti Region where he suspended his campaign activities last week following the passing of former President Rawlings, who was the founder of the NDC.

He will spend two days in the Ashanti Region and move up north where he is expected to visit the Upper East, North East, and Northern regions and wrap up in the Savannah Region.

Mr Mahama is expected to spend 10 days and return to Accra at the end of November 2020.