Dagbon should vote Abudani Akufo-Addo to do more - Bawumia 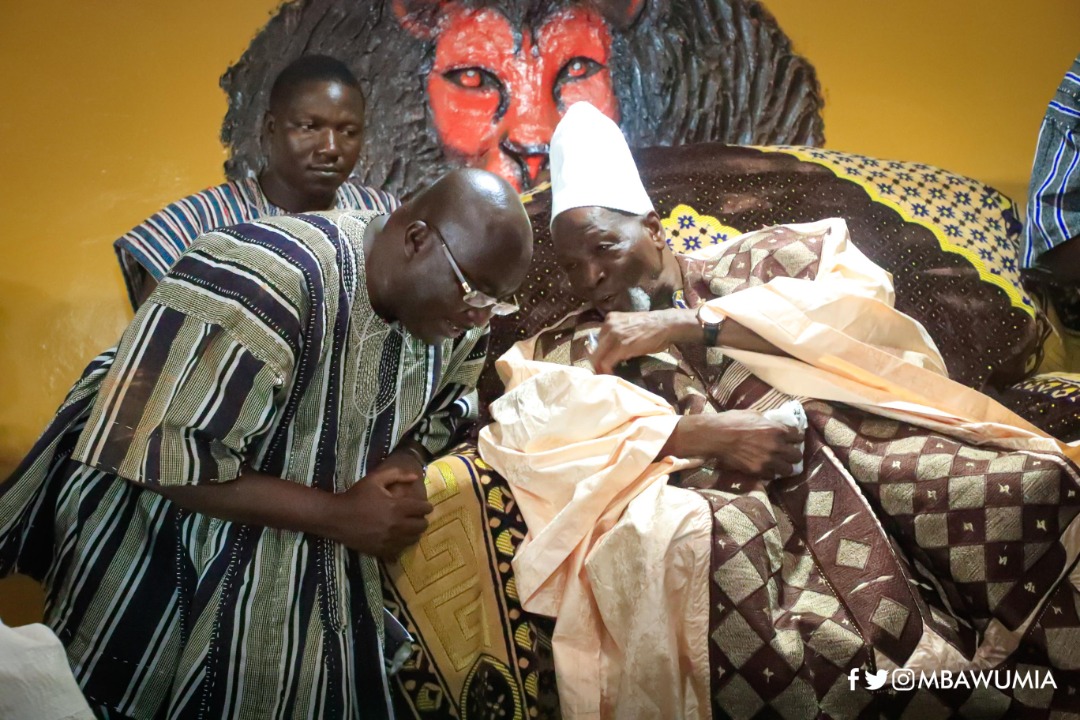 Vice President Dr Mahamudu Bawumia has observed that President Nana Addo Dankwa Akufo-Addo has done well for Dagbon and deserves a second term in order to do more.

At the Gbewaa Palace in Yendi during a courtesy call on the Yaa-Naa Abukari Mahama II as part of his 3-day tour of the northern Region, he indicated that Dagbon is one of the greatest beneficiaries of the good performance of the current administration which is why it must work to retain the NPP.

“President Akufo-Addo has done well and deserves a second term. If not for anything the peace in Dagbon. Peace is a prerequisite for development and I can tell you that even though we have not completed development, you will see more in the second term of Akufo-Addo’s administration”, he stated.

He enumerated a number of interventions including the Free Senior High School, the Planting for Food and Jobs, the one village one dam and many other interventions that have been initiated by the current government aimed at providing relief to residents.

Dr. Bawumia also underscored the significance of the 2020 polls as it will be a decider of the country’s progression or retrogression urging voters to choose the former associated with the New Patriotic Party (NPP) that is noted for development and regarded as a party for all.

Yaa-Naa Abukari Mahama commended the Vice President for a number of interventions following pleas made to him directly on behalf of institutions within the ancient town and expressed hope that government will continue with its good works after its 2020 victory.