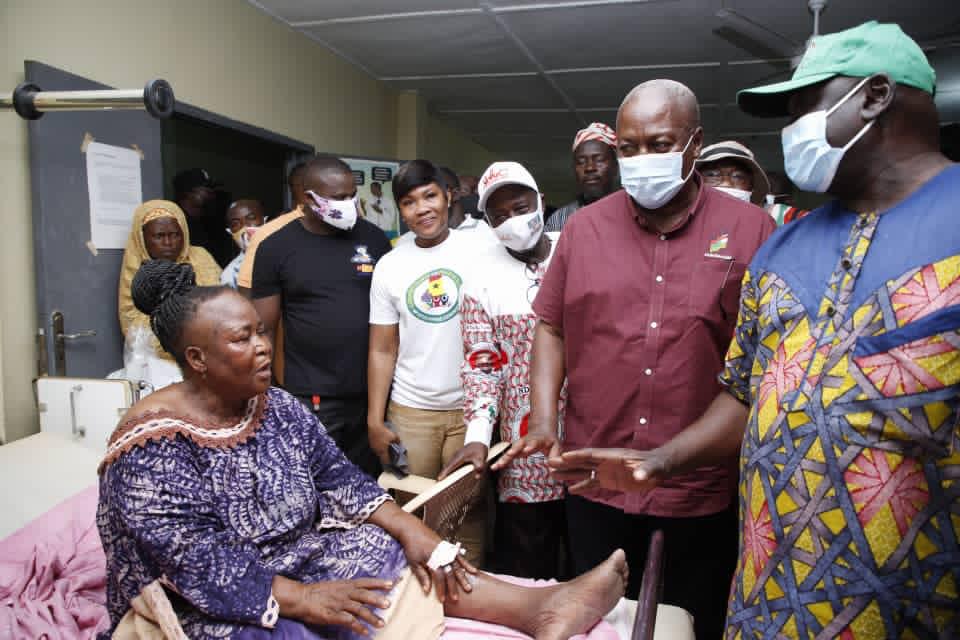 The Presidential Candidate of the National Democratic Congress (NDC), former President John Dramani Mahama on Saturday , has visited some supporters of the party who were involved in an accident while attending a rally at Ejura on Saturday.

The accident, which occurred Saturday afternoon at Frante, a town near Ejura in the Ashanti Region, killed six people and injured about 50 others.

Mr Mahama visited the surviving victims at the Ejura District Hospital when he arrived in Ejura.

In addition to wishing the injured well, the former President promised them that the party would take care of their hospital bills.

The Deputy Ashanti Regional Secretary of the NDC, Mr Mate Kojo Njourkone, told Graphic Online in an interview that the victims of the accident were attending a rally at Ejura which the former President was scheduled to attend.