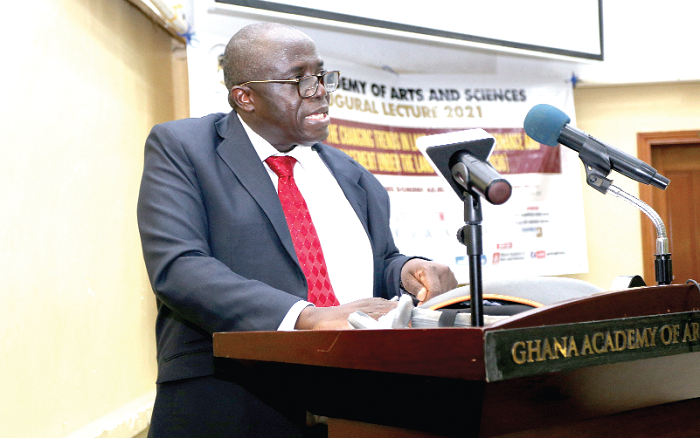 Speakers at a stakeholder engagement on the Criminal Offences (Amendment) Bill and Armed Forces (Amendment) Bill, 2022 have unanimously endorsed the need for Ghana to abolish the death penalty from the statute books, to help preserve the sanctity of human life.

They said the imposition of the death penalty on persons who had been convicted of especially, murder, negated the right to life and raised serious concerns about human rights in the country.

For instance, the speakers cited numerous instances where many persons accused of murder and were sentenced to death by hanging served between 10 and 15 years in prison only to be proved innocent after succeeding in their appeals against their sentence.

They, therefore, were of the view that Ghana could do away with capital punishment in the country’s statute books since doing so fell within the remit of Parliament.

Those who made the call Monday (April 11, 2022) were a Justice of the Court of Appeal, Justice Dennis Adjei; a constitutional and human rights lawyer, Martin Kpebu; the Director-General in charge of Legal Services of the Ghana Armed Forces, Brigadier General Amoah Boakye, the National Democratic Congress Member of Parliament for Madina, Francis Xavier Sosu; and the Campaign and Fundraising Coordinator of Amnesty International Ghana, Samuel Agbotse.

Other civil society organisations such as the United Nations Association-Ghana (UNAGH) and the Centre for Democratic Development Ghana (CDD) also threw their weight behind the call for abolishing the death penalty.

The meeting allowed the stakeholders to share their views on the proposed amendment of the Criminal and Other Offences Act and the Armed Forces Act, with the view of achieving up to about 95 per cent abolishing of the death penalty in Ghana.

The two private members’ bills, which are being sponsored by Mr Sosu and other MPs, are expected to be introduced in Parliament when it reconvenes for the second meeting of the second session.

He said the last Constitutional Review Commission found it necessary to propose that the penalty of death needed to be substituted with life in imprisonment.

Unfortunately, he said since 2011, Ghanaians had not had the opportunity to push for a constitutional amendment that allowed for the death penalty to be expunged.

Justice Dennis Adjei said most convicts served a definite term of sentence and not the actual offence committed on their victims.

“So, the basic foundation of retributive is defeated; I am of the considered opinion that retributive sentence defeats itself as convicts who commit all other forms of criminal offences, with the exception of murder, genocide, smuggling and other, do not suffer the crime they commit and serve definitive of imprisonment,” he said.

Quoting a comment by Mahatma Gandhi, Mr Justice Adjei described retributive system as being full of flaws and its application shall occasion injustice.

“There are people who are convicted to suffer death; some will be in custody for 10 to 15 years and then people may go to their aid and file an appeal and they succeed,” he said. Click to Tweet

He added that: “If we know that the courts will impose the death sentence and will not do, why do not we ask the courts to do what we expect them to do. This makes mockery of justice.”

Supporting the need for expunging the death penalty from the law books, Mr Kpebu said with trials of treason and high treason very rare in courts in Ghana, he said efforts should be made to “knockdown” section 46 which pertained to murder, smuggling and piracy, which collectively constituted over 95 per cent cases in courts.

“If we are able to knock down even murder, smuggling and piracy offences which constitute 80 per cent of the offences for which the death penalty is imposed, psychologically knocking down other offences would not be as difficult as it is today,” he said.

The Director-General in charge of Legal Services of the Ghana Armed Forces, Brigadier General Amoah Boakye, said the GAF was in support of the move to expunge capital punishment from the Armed Forces Act.

To that effect, he said the board of GAF had been working to amend some of the provisions in the Armed Forces Act, with one of the areas they were considering amending being death penalty.

“I have been a prosecutor for over 25 years in the GAF and I have never prosecuted any offence that require the imposition of the death penalty,” he said.