I’ll do my part for nation’s devt - Evans Amoo 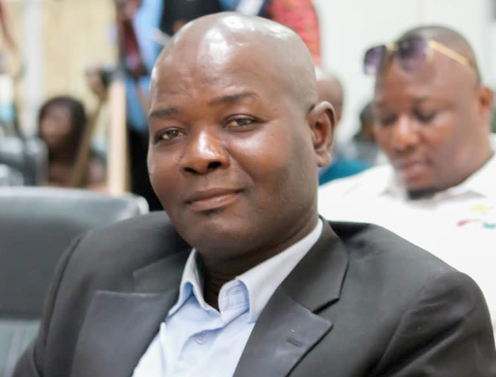 An aspiring Deputy General Secretary of the opposition National Democratic Congress (NDC), Evans Amoo, has vowed to contribute to national development, if given the mandate.

According to him, the New Patriotic Party (NPP) had led the country backwards, placing nation’s democracy under threat.

“The government is preaching breaking the ‘8’, yet the economy is in a mess. Inflation is 37 per cent while a huge chunk of the country’s Gross Domestic Product (GDP) goes into debt servicing.

“So these are some of the things I have to come and help with, to uplift the image of the country’s democracy and by so doing, improve the chances of my party,” Mr Amoo said.

In an interview with the Daily Graphic, Mr Amoo, who has officially filed his nomination, disclosed that one of his ambitions, if given the mandate as a deputy general secretary, would be to appeal for the Political Party Financing Act.


He stated that the country’s laws did not allow external financing for political parties, therefore the party should be able to create means of generating funds to run its affairs.

Mr Amoo who is also a member of the party’s national research committee, national communications team and national intercessory prayer team, said as part of his programmes to better develop the party, he would leverage the numerous party celebrations to garner support from the masses.

“We have a lot of celebrations in the party and I think we have to take advantage of it to maximise support”.

“Depending on the way we position, programme and repackage them; something like June 4, December 31 and many others, we can make them lively to attract masses”, Mr Amoo added.

He also intimated that he would put in place an efficient and effective reward system at the grassroots of the party, particularly for constituency executives.