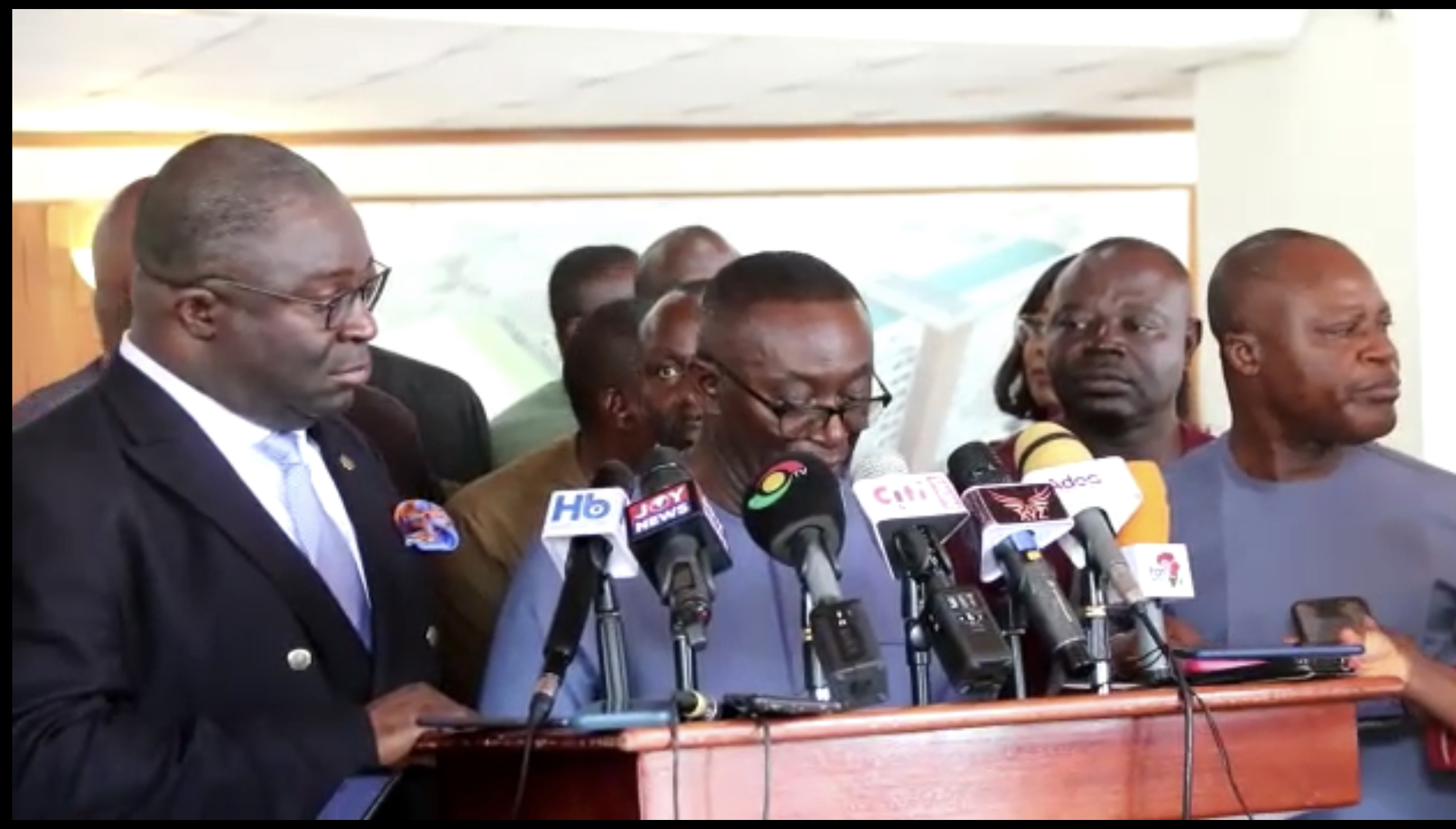 Some Majority Members of Parliament have asked President Nana Addo Dankwa Akufo-Addo to remove the Finance Minister, Ken Ofori-Atta and the Minister of State at the ministry, Charles Adu Boahen, from office.

The move, the group said could help restore confidence in the Ghanaian economy.

Addressing the media in Parliament Tuesday morning, spokesperson for the group, Andy Appiah-Kubi, who is the New Patriotic Party (NPP) Member of Parliament for Asante Akim North said they will not do business with the government if the president fails to heed to their call.

He said members from their side will not participate in any government business including the budget hearing until their demands were met.

"The majority has expressed great concern about our economy and our attempts at reaching out to the president through his Ministers have failed.

“We are by this serving notice and indeed, notice is being served now that if the president fails to act, we will not do business with him," he said.

Attached below is a video of the MPs stating their case