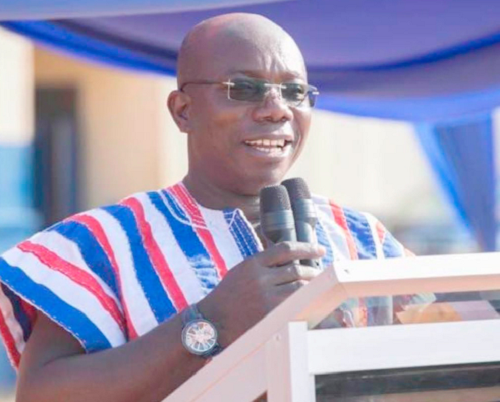 The New Patriotic Party (NPP) has urged aggrieved aspirants in the polling station and electoral area elections to petition the leadership of the party for redress.

It said members of the party ought to respect the Constitution of the party, the rules and regulations guiding the conduct of the elections instead of resorting to violence, demonstrations and court actions.

In an interview with the Daily Graphic, the Director of Elections and Research of the NPP, Evans Nimako, gave an assurance that the elections committee put in place to supervise the vetting and conduct of the elections would submit an objective and fair report to the national leadership of the party.

The NPP started the conduct of the polls for polling station and electoral area co-ordinators from February 25 to March 5, 2022. However, the deadline was extended due to the late receipt of some nomination forms and confusion that characterised the vetting process.

With the exception of Bawku Central, Assin North, Jaman South, Fomena, Jomoro, Savelugu, Techiman South and Akwatia constituencies, all others were expected to take part in the exercise.

However, some of the constituencies were hit with court injunctions and demonstrations to halt the processes. The constituencies include Sunyani East, New Juaben North and Ablekuma West.
Others such as Oda, Subin and Akontobrah also petitioned the national leadership.

Mr Nimako said it was in the interest of the aggrieved party members to use the party’s internal resolution mechanism to address their grievances.

He explained that if the other constituencies were able to hold successful polling station executives and electoral area co-ordinators elections, so could the others.

He said the party would ensure full compliance with the party’s rules and regulations guiding the conduct of the polls and would, therefore, not hesitate to sanction those breaching the laws.

Touching on the incident at Fomena for instance, Mr Nimako wondered why the group would go on a demonstration since Fomena was one of seven constituencies whose polls had been put on hold.

Ahead of the elections, the party put in place a polling station and electoral area elections committee to oversee the elections.

Membership of the elections committee comprises one regional representative appointed by the regional executive committee to chair the committee.

The other members include constituency chairman, secretary, research and elections officer, constituency council of elder, patron, constituency Information Technology officer, Member of Parliament or his representative (this does not apply to orphaned constituencies) and an elderly woman.

The committee is responsible for determining venues and specific dates for the conduct of the elections within the time frame approved by the National Council.

No member of the electoral area and polling station election committee is eligible to contest in the elections.