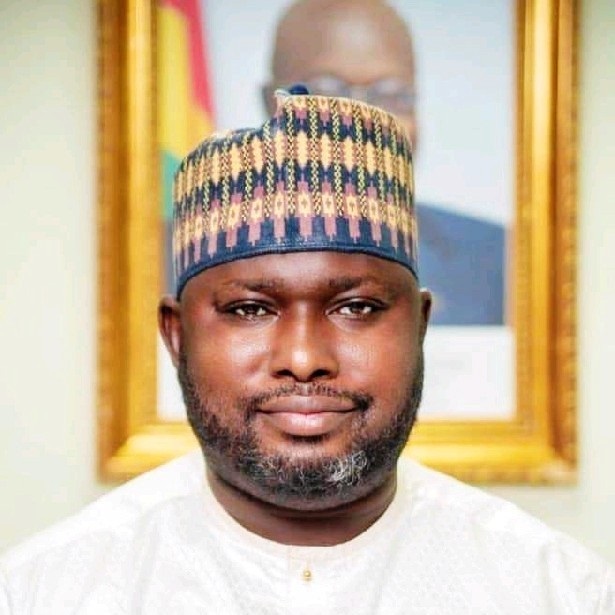 The Ashanti Regional Youth Organiser of the National Democratic Congress (NDC), Yaw Brogya Genfi, has asked the Supreme Court to nullify the election of the Member of Parliament (MP) of Tolon, Habib Iddrisu.

In a writ filed at the apex court Monday [November 7, 2022], Genfi argues that the legislator was allegedly convicted of fraud in Australia prior to the 2020 election and, therefore, was not qualified to be a legislator per Article 94(2) (c) (i) of the 1992 Constitution.

The writ, invoking the original jurisdiction of the Supreme Court to interpret and enforce the 1992 Constitution, has named Mr Iddrisu, the Electoral Commission (EC) and the Attorney-General (A-G) as defendants.

Article 94(2)(c) (i) of 1992 Constitution stipulates that a person shall not be qualified to be an MP, if he has been convicted for “high crime under this Constitution or high treason or treason or for an offence involving the security of the State, fraud, dishonesty or moral turpitude.”

Mr Genfi’s case focuses on the fraud and dishonesty aspect of the above constitutional provision.


However, per Article 94 (5) of the 1992 Constitution, a person caught under Article 94(2)(c) (i) would not be disqualified to be a legislator 10 years after he had served his or her sentence.

It is the contention of the plaintiff that Mr Iddrisu, who is a legislator on the ticket of the New Patriotic Party (NPP), prior to contesting as an MP, was a resident of Australia.

The Plaintiff claims that he has evidence to the effect that while in Australia, Mr Iddrisu allegedly fraudulently used the credit card of one Mr Gideon Tafon to make purchases, for which he was charged and convicted.

“The Plaintiff asserts that while resident in Australia, the first defendant (Mr Iddrisu) was charged with one count of forgery and 10 counts of fraud and stood trial before the Perth Magistrates Court. The first defendant pleaded guilty to all the charges.

“In a letter dated December 5, 2011, the Western Australia Police, Murdoch Police Station wrote to Mr Gideon Tafon to inform him that an order of restitution of an amount of $4,999 was made by the magistrate in Mr Gideon Tafon’s favour after the conviction of the first defendant by the magistrate,” the plaintiff stated in his writ.

It is the case of the plaintiff that as of the time Mr Iddrisu filed his nomination forms to contest as an MP in Tolon, he (Iddrisu) had been convicted by a court and, therefore, it was unconstitutional for the MP to have contested the elections.

“Having been convicted for the offences of forgery and fraud, the first defendant was not qualified to be a Member of Parliament as at the time he filed his nomination forms with the second defendant (EC) in October 2020,” the plaintiff stated.

He is also seeking a declaration from the apex court that the EC acted unconstitutionally by permitting Mr Iddrisu to contest the 2020 election because he did not meet the qualification criterion under Article 94(2) (c) (i) of the 1992 Constitution.

“A declaration that the 1st Defendant, Mr. Habib Iddrisu, who was elected the Member of Parliament for the Tolon Constituency in the Northern Region of the Republic of Ghana during the 2020 Parliamentary Elections, was not qualified to be elected a Member of Parliament within the meaning of Articles 94(2)(c)(1) and 94(5)(a) of the 1992 Constitution of the Republic of Ghana by reason of the fact that, at the time of filing his nomination for the said elections between 5th and 9th October 2020, he had been convicted of forgery and fraud (both offences involving dishonesty) on his own plea by the Perth Magistrates Court in Australia on the 28 of November 201 and ten (10) years had not passed at the time when Mr. Habib lddrisu filed his nomination for the said elections;

“A declaration that the decision of the 2nd Defendant to permit the 1st Defendant to contest Parliamentary Elections in the Tolon Constituency when the 1st Defendant had been convicted for forgery and fraud (both offences involving dishonesty) on his own plea by the Perth Magistrates Court in Australia on the 28th day of November 2011 is inconsistent with and violates Articles 94(2)(c)(9 and 94(5)61) of the 1992 Constitution of the Republic of Ghana and ten (10) years had not passed when the 2nd Defendant made the decision to allow the Defendant to contest the 2020 Parliamentary Elections.”

“A declaration that the election of the 1st Defendant as the Member of Parliament for the Tolon Constituency notwithstanding his conviction for forgery and fraud (both offences involving dishonesty) on his own plea by the Perth Magistrates Court in Australia on the 28th day of November 2011 is inconsistent with and violates Articles 94(2)(c)(i) and 94(5)(a) of the 1992 Constitution of the Republic of Ghana and to that extent is unconstitutional, null and void and of no legal effect;

“A declaration that the swearing-in of the 1st Defendant as Member of Parliament for the Tolon Constituency is inconsistent with and violates Articles 94(2)(c)() and 94(5)(0) of the .1992 Constitution of the Republic of Ghana and is to that extent unconstitutional, null and void and of no legal effect.”