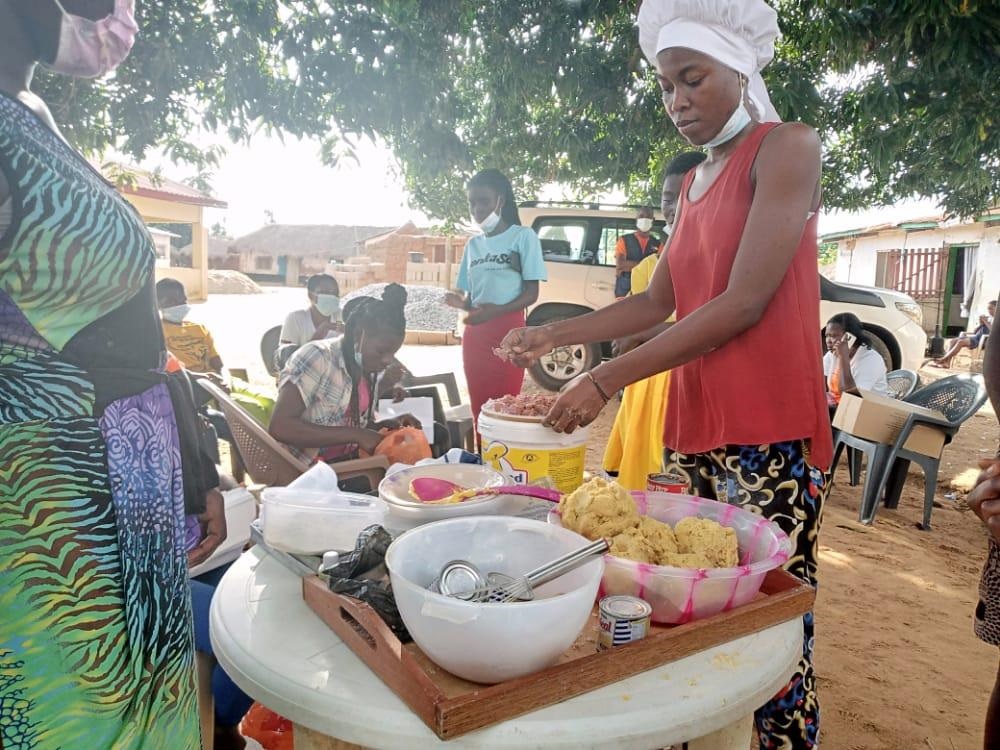 The involvement of parents and guardians in stemming child marriage has been deemed critical if this social canker is to be curbed and totally eliminated.

Poverty has been identified as a key factor and catalyst to this multifaceted problem, hence the need for a multi-stakeholder approach to address it.

For now, an integrated strategy designed to address the various challenges confronting adolescent girls have been hailed as one of the most effective ways to addressing this problem.

The integrated measures, including, education on sexual and gender-based violence (SGBV), adolescent sexual reproductive health (SRH), economic and livelihood empowerment as well as legal education, being implemented under the United Nations Population Fund’s (UNFPA) ‘Safe Space’ programme have proven to be impactful and has helped in preventing child marriages.

These measures help to educate and train girls, by enhancing and building their capacity to transition into viable activities that will make them contribute to the country's development. 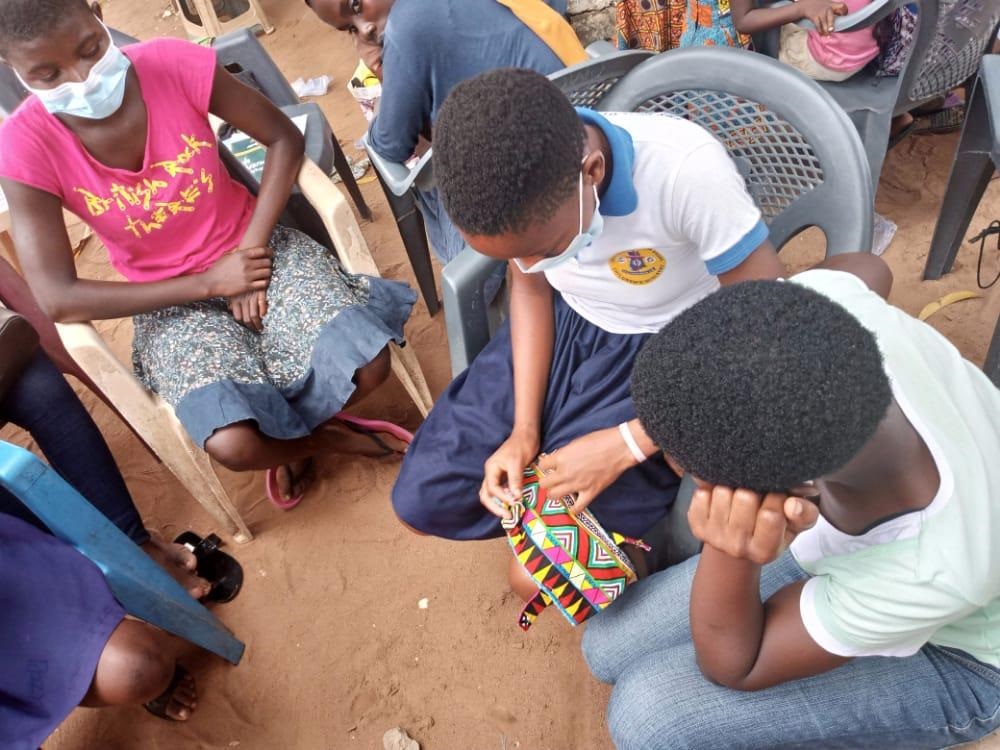 PHOTO: One of the girl groups engaged in sewing refillable pads

The UNFPA adopted the ‘Safe Space’ strategy as a methodology, for agencies working with the agency to bring girls in vulnerable communities together to discuss issues affecting them.

Beneficiary communities such as Adidokope at Aveyime in the North Tongu district of the Volta Region, have achieved a “No Child Marriage Here” status.

Adolescent girls in the community and other participants from over bank communities including Morklikpo held an exchange learning programme, during which adolescent groups from the Eastern and Central Regions and their facilitators shared their experiences and knowledge with other participants.

The exchange learning programme was to showcase activities at the adolescent girls’ ‘Safe Spaces’ and highlight best practices of the methodology for experience and knowledge sharing in programming similar initiatives.

The groups engaged in discussions on SGBV and SRH education, while facilitators took turns to train the girls in pastry making, fruit juice preparation, production of reusable sanitary pads, among others.

The National Gender Analyst at UNFPA, Ghana, and focal person of the Global Programme to end Child Marriage, Ms. Selina Owusu said, in an interview that the aim of the programme was to empower girls to stand up for themselves when it came to harmful practices like child marriage.

"The idea for this exchange learning is that, we want them to learn from each other. Beneficiaries in the Central region are sharing their knowledge with the colleagues in the Volta Region, while those from the Volta region are in the Bono East region. The Bono East beneficiaries are also in the Greater Accra Region. This will enable some form of interaction among the girls, and in addition, replicate some of the practices in the safe spaces,” Ms Owusu said.

She further said, the UNFPA was working with government and other Civil Society Organisations in very vulnerable and marginalised communities with high incidence of adolescent pregnancy, child marriage, and poor habitation.

Ms Owusu said, the goal of the project was to completely end child marriage by 2030.

She indicated that the 2019 Ghana Demographic and Health Survey (GDHS) shows that the national prevalence rate of child marriage was 21 per cent, while the 2017/2018 multiple indicator cluster survey, says it is 19 per cent.

"Volta Region for instance had a low rate, but now the rate has gone up due to an increase in adolescent pregnancies in the region. Pregnancies happen and parents push the girls to go and live with the man who impregnated them, so they cohabitate, thereby preventing the girls from completing their education," she explained.

She indicated that the UNFPA was working tirelessly to by 2023, reduce drastically, the rate of teenage pregnancies and child marriages in the country, particularly within the four regions with higher prevalence. This, she said, if achieved, would reduce the national child marriage rate and reduce pregnancies.

"When the girl is empowered and has a job, or a vocation, her perspective on lifestyle is enhanced, and she are able to bring up her children properly to break the cycle of poverty,” Ms. Owusu added.

A facilitator at the Planned Parenthood Association of Ghana, (PPAG), Miss Happy Ametepe commended traditional authorities and other stakeholders for their support for the ‘Safe Space’ programme and for creating an enabling environment for intense education and awareness creation on harmful practices in their communities.

Ms Ametepe said “the programme is helping them to curb teenage pregnancy and child marriage and as part of the project, we have been able to equip the adolescents with livelihood skills which they use on their own to generate income to take care of their basic needs.”

She appealed to benevolent entities to assist the adolescent groups to fund their business startups to enable them expand into viable businesses in order to achieve a full realisation of their economic empowerment. 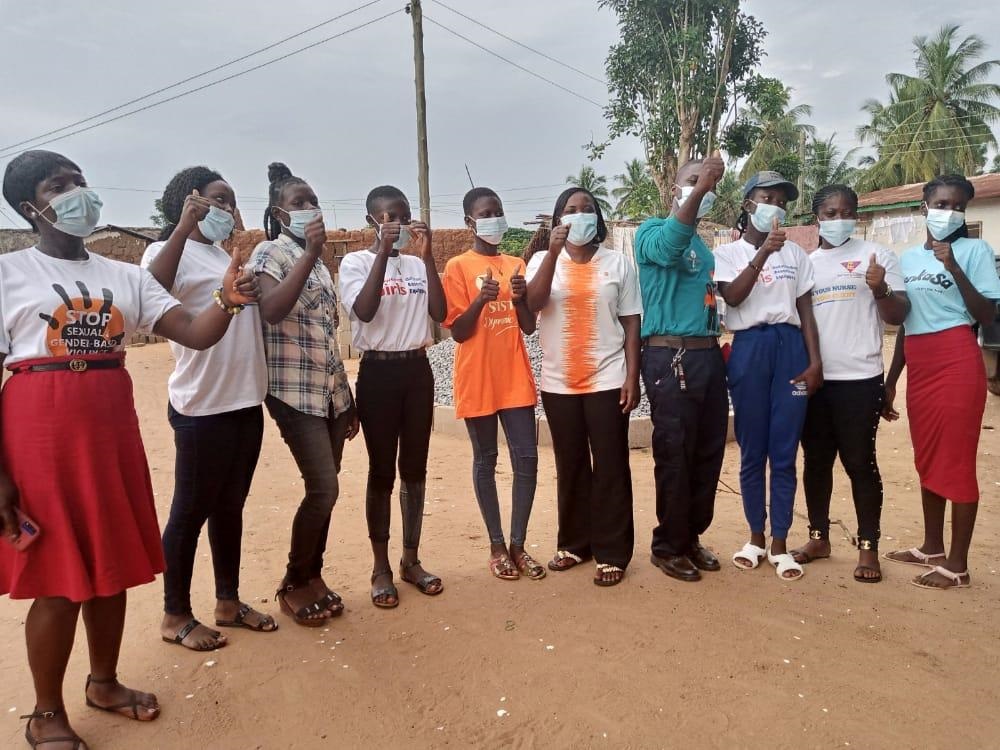