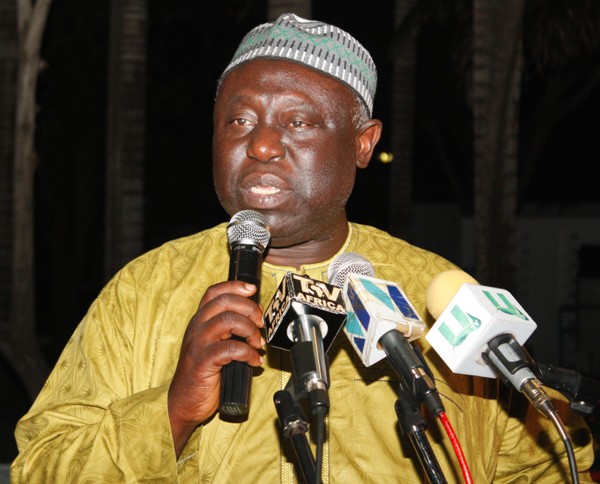 Former Chief Director of the Ministry of Health and former President of the Ghana Football Association (GFA), Lepowura Alhaji M.N.D. Jawula with support from other interested parties have written to the National Peace Council asking for update on the issue of violation of religious of Muslim students at the Wesley Girls Senior High School in Cape Coast.

In the letter dated September 27, 2021, addressed to the Chairman of the National Peace Council (NPC) and copied to the Minister of Education and 31 other institutions, they demanded an expedited process on the development of a subsidiary legislation on school faith practices aimed at addressing the issue of Muslim students being prevented from practicing their faith while in school.

Supporting Alhaji Jawula in the letter are two parents of some Muslim students in the school and two former students of the school who are all Muslims.

The concerned parents and Muslims said they also want broad stakeholder consultations on the subject in a bid to ensure national peace, harmony and security.

According to them, they expected a speedy resolution of the issue after the National Peace Council announced that it was intervening in the matter at Wesley Girls’ School earlier this year.

IN RE: VIOLATION OF RELIGIOUS RIGHTS OF MUSLIMS AT WESLEY GIRLS, HIGH SCHOOL, CAPE COAST

We wish to petition your council on pertinent matters pending before you on the above subject.

A Muslim father, Mr. Ismail Zakaria Alhassan got a complaint from his daughter at Wesley Girls' High School to the effect that the school does not allow her to fast. As a result, on 26th April 2021 he drove from Accra to Cape Coast to withdraw his ward from the school. The incident led to condemnation from the general public culminating in a directive contained in a press release dated 1st May 2021 from the Ghana Education Service (GES) to the school authorities to allow the Muslim students to fast.

Several organisations and individuals waded into the matter by reason of which the National Peace Council eventually stepped in to find an amicable resolution to the issue. From the discussions that followed, it emerged that the issue at Wesley Girls' High School was not merely about preventing Muslim students at the school from fasting, but as a matter of fact, the constitutionally guaranteed religious rights of Muslim students are entirely curtailed in the school.

Indeed, Muslim students of Wesley Girls' High School are not merely subjected to gross discrimination at all levels at the school, but they also suffer bullying/targeting by other students/prefects, housemistresses, school chaplain and teachers. They are also compelled to attend mandatory Christian Church services, a faith they do not subscribe to. As parents, old girls and concerned Muslims of Ghana, we find it worrying and disturbing that several months after the National Peace Council's intervention, the promised "amicable resolution" has not been communicated to the public.

The prevailing situation at the school is very discomforting in the light of the fact that another Muslim month of fasting (Ramadan) is fast approaching whilst the religious rights of the Muslim students of Wesley Girls SHS are still curtailed by the school's authorities. We have been informed about regulations/subsidiary legislation on school faith practices being worked on.

Much as we think this is a laudable move, we believe there is the urgent need not only to broaden the stakeholders' consultation, but also to expedite the process of putting the regulations into effect in the interest of national peace, harmony and security. At the moment, the final year SHS students are writing their final exams, and one cannot imagine the impact the denial of the religious rights of Muslim students in Wesley Girls' High School is having on the Muslim students at the school.

It is our prayer that the above-mentioned regulations and/or legislation would be communicated to the public in the shortest possible time.

We look forward to receiving a response on this request soonest, to avoid undue complications.