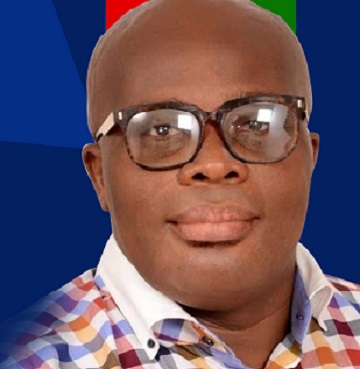 A US based Ghanaian human development specialist, Nii Naate Atswele Agbo Nartey who is seeking to be appointed Mayor of the Accra Metropolitan Assembly, is vowing to bring law and order to the capital city, and rid it of filth, should he be handed the job.

“I want to see to it that the law works in Accra, and I bring my rich experience in human development and social and community work, as well as fundraising to bear in the capital city”, he told Graphic Online in an interview.

Nii Naate Atswele Agbo Nartey has promised to look for avenues around the world to create a reliable financing source to augment AMA’s public finance system and effectively enforce its by-laws to ensure law and order.

There are Ghanaians in the diaspora who are desirous to see the law work in the capital and are ready to help realise that dream, he told Graphic Online, emphasizing that he is in close contact with the community to bring them on board to enforce the strictest sanitary regime in the annals of the country.

Nii Naate Atswele Agbo Nartey, who describes himself as a stalwart of the New Patriotic Party (NPP), said Accra needs to get rid of it's filth and garbage status and rebrand with a more pragmatic and scientific approach which, he says has been lacking.

"As an expert in human resource development in community systems, I will create a support system that will give some sustenance to street hawkers, encroachers and landguards to make them eke out a living legitimately," he said.

"We shall embark on an aggressive property rate collection and business operating license collection enterprise at Accra Central that will serve as an internally generated fund to support the metropolis.”

He said he will embark on a trees and flowers planting regimen along the streets of Accra and its environs in collaboration with the Department of Parks and Gardens to reduce the levels of carbon emission and provide shade from the searing heat.

"I will work with the Tourism and Culture ministries to resource and revitalise museums, art installations, and other historical facilities to highlight our people, culture and history," he noted.

Nii Naate Atswele Agbo Nartey also promised to re-energise Accra's relationship with other local and international cities such as Cape Town, Chicago and Columbia under the Millennium Cities Initiative, to share knowledge and ideas including exchange programmes.

"I have vast experience in how community systems operate, community management, and extensive public relations and interaction skills that will support me in my work as an AMA Mayor", he said.

Nii Nartey appealed to President Akufo-Addo not to look beyond him for a good choice.