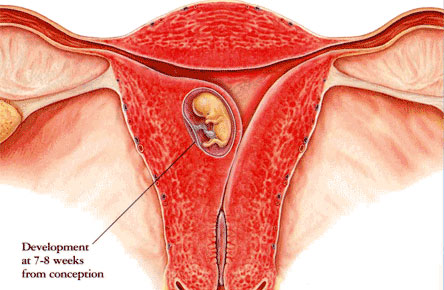 Medical  experts describe unsafe abortion as the termination of an unwanted pregnancy by persons lacking the necessary skills, or in an environment lacking minimal medical standards or both.

For example, an unsafe abortion may refer to an extremely dangerous life-threatening procedure that is self-induced in unhygienic conditions, or it may refer to a much safer abortion performed by a medical practitioner who does not provide appropriate post-abortion attention.

Unsafe abortion is a significant cause of maternal mortality and morbidity in the world. Most unsafe abortions occur where abortion is illegal, or in developing countries where affordable well-trained medical practitioners are not readily available, or where modern contraceptives are unavailable. About one in eight pregnancy-related deaths worldwide are associated with unsafe abortion.

The World Health Organisation reports that each year, nearly 42 million women faced with unintended pregnancies have abortions, of which 20 million are unsafe, mostly in countries where abortion is illegal.

The WHO reports that in developed regions, nearly all abortions 92 per cent are safe, whereas in developing countries, more than half 55 per cent are unsafe.  According to WHO statistics, the risk rate for unsafe abortion is 1/270; according to other sources, unsafe abortion is responsible for one in eight maternal deaths. Worldwide, 48 per cent of all induced abortions are unsafe

According to a Ghana News Agency (GNA) report, the Medical Director of the Akuapem North Municipal Assembly, Dr Joseph Opare, says many teenagers die from unsafe abortion due to lack of knowledge and access to good reproductive health services.

He, therefore, called on people to sacrifice their time and resources to help educate and offer reproductive health services to rural dwellers, as well as those in deprived areas to help change the trend.

Dr Opare was speaking at the opening of the 12th Annual General Meeting of Volunteers of the Southern Zone of Planned Parenthood Association of Ghana (PPAG) in Accra.
PPAG is a non-governmental organisation, which deals in reproductive health. Its southern zone covers volunteers of the association in Central, Eastern, Greater Accra and Volta regions.

Dr Opare said a World Bank survey had indicated that 10 per cent of maternal deaths in Ghana were as a result of unsafe abortion, with 13.8 per cent of pregnant women being teenagers.

In a speech read on her behalf, the Manager of the Southern Zone, Nana Amma Oforiwaa Sam, said the zone sold 877,176 pieces of male and female condoms and provided reproductive health services to 10,735 people last year.

The Chairperson of the Rebranding and Visibility Committee of the Association, Mrs Arku Xornam Kevi, called for concerted efforts by staff and volunteers of PPAG to publicise activities of the organisation to enable it to assume its rightful position in the provision of reproductive health services and education in the country.

Mr Anthony Koranteng Akwarfo, Chairman of the Southern Zone of PPAG, called on the delegates to spread the knowledge they had acquired.